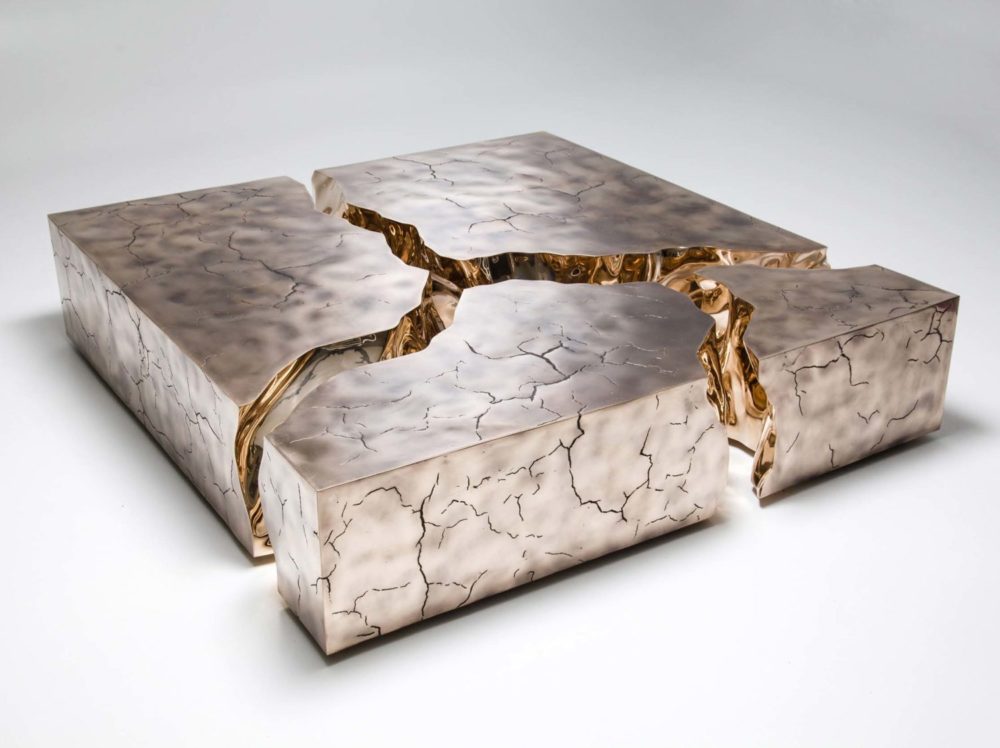 Based Upon is a London studio designers under the direction of brothers, Ian and Richard Abell. The studio creates its own work and undertakes a large number of commissions, specialising in creating site-specific works that capture the essence of the project they are a part of.

Its work spans Fine Art and Design and has crossed over into creating new pianos, jewellery and the development of new architectural materials. The studio is often chosen to create important commemorative works to mark landmark moments in a company’s history. The studio has created such works for brands including Rolls Royce, Tiffany & Co and HSBC. Its private clients are some of the most well-known names in film, sports, business and politics. 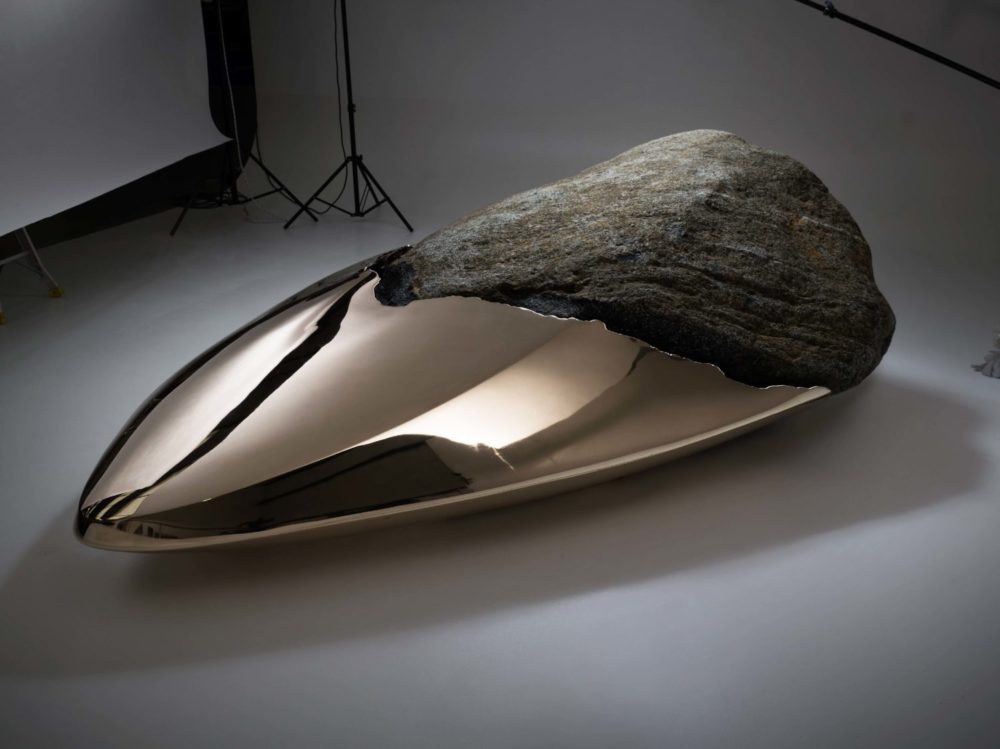 Guided by nature, we journey deep into landscape to witness it at its most simple and profound, unearthing the patterns observable at the largest and smallest scales of the known universe. Our commissioned works move into the realm of the priceless because they have such significance to those who commission them. In an increasingly digital world these physical works, which honour the past and the future, represent true legacy. – Ian Abell

Based Upon’s work is on public show in London, New York and Hong Kong and in important private collections in USA, India, Saudi Arabia and Russia. Examples of the studio’s work include:

Inspired by the breath-taking countryside of the remote Inis Oirr in Ireland, this artwork was hand – sculpted and crafted to capture textural and material quality of the island’s landscape in layered liquid metals with delicate patina applied to the surface. An integrated, programmable LED lighting system gently guides the viewer into a state of peace and relaxation. 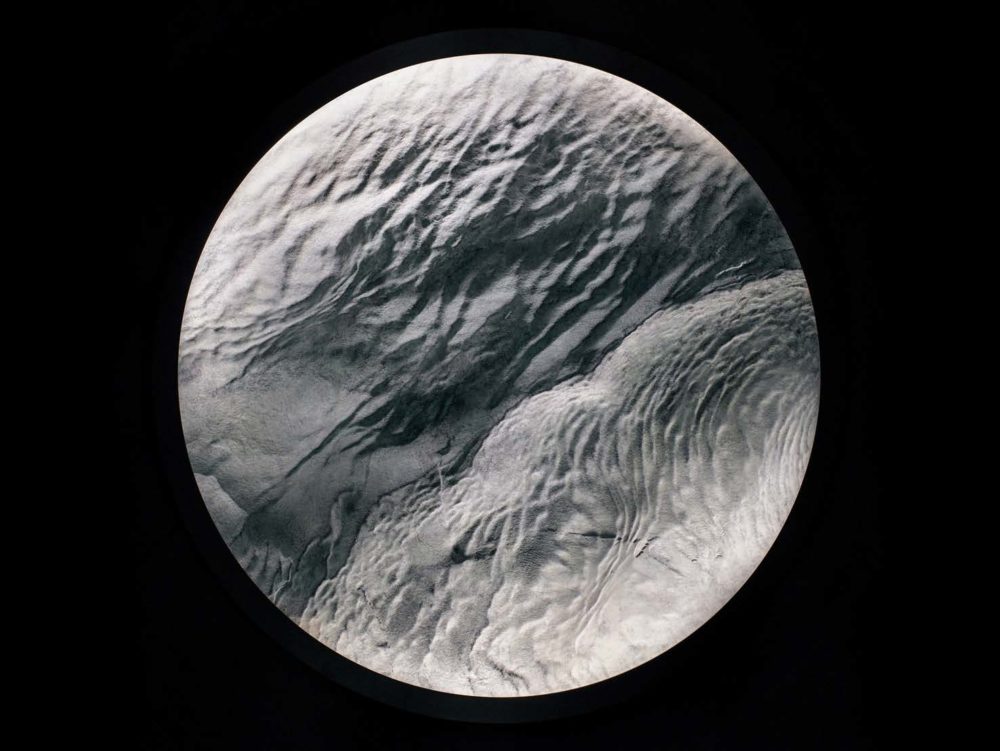 Based Upon’s iconic sculptural form ‘Twist’ has taken many different iterations over the years, from tables to consoles to bars. “The Baby” evolved the design still further into a series of limited edition grand pianos. Each featured Based Upon’s trademark ‘Tramazite ’ material and liquid metal, creating pieces that live as both artwork and instrument. 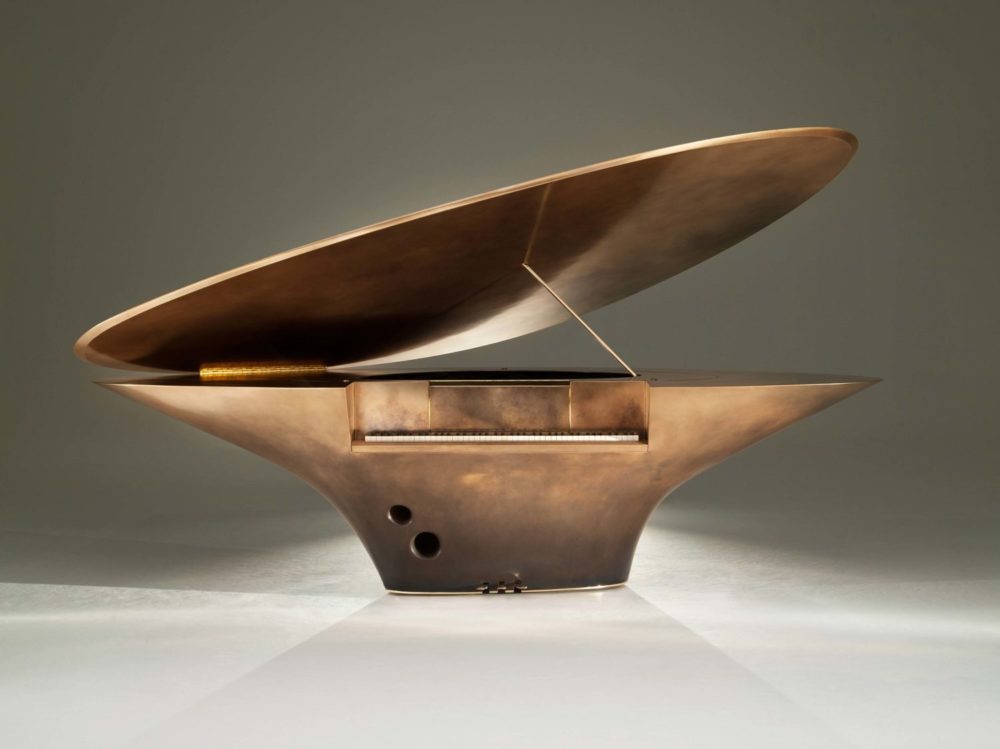 Blow created an interplay between man and nature. What appears brutal in the initial incision and explosion flawed into graceful, radiating forms, becoming a harmonious dialogue between man, nature and technology. 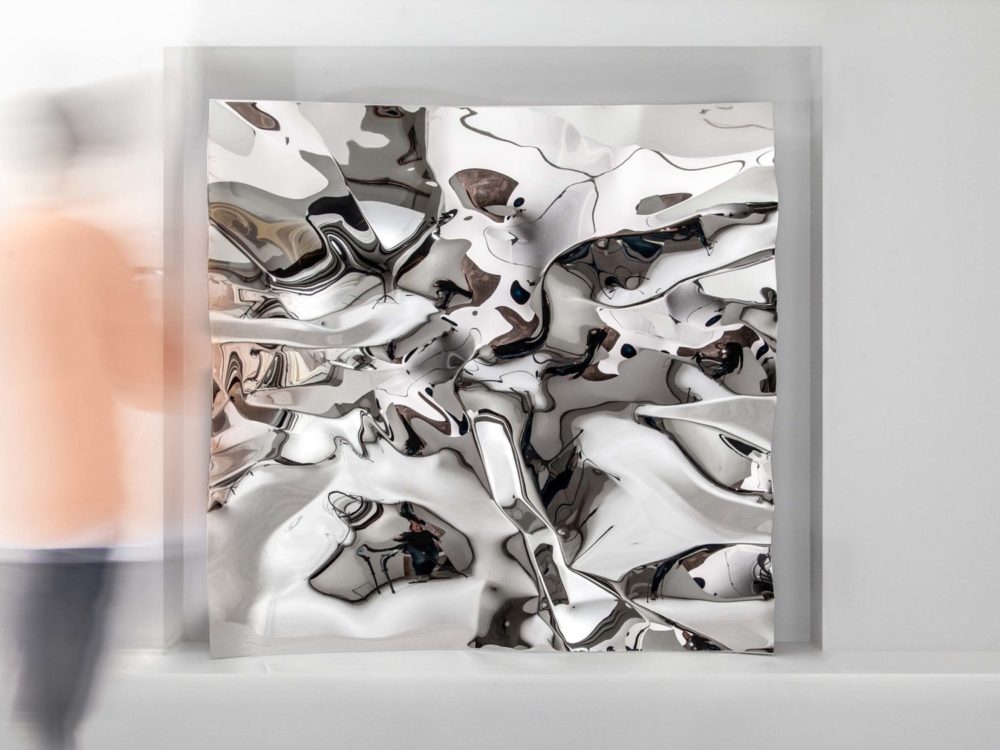 The studio is considered pioneering within the British creative industry as it openly acknowledges its collaborative approach between its team rather than positioning the work as the work of its founders, the Abell brothers. It also self-represents within the market without a gallery and has been invited to show frequently among the world’s leading galleries at London’s Masterpiece Fair and other international shows.

Royist is a leading boutique concierge offering luxury lifestyle management services to select members worldwide. Enjoy an unrivalled global 365/24/7 service.
View Editorial's profile
Our lifestyle team suggests extraordinary gift ideas and provides bespoke research, acquisition and delivery of rare and hard-to-find items through our vetted international network of suppliers and partners. For more information, please request an invitation.
Style BrandsDiscover fashion houses, established jewelers and independent designers across the globeView BrandsWe offer an international fashion concierge service, including bespoke shopping experiences, luxury gift sourcing, fashion show access and personal styling services
Featured Stories
Home
Cervélo x Automobili Lamborghini ultra-limited edition R5 road bike
Dressed in an all-Italian suite of components, this R5 goes beyond the tricolore in showing its devotion to Italian luxury.
Home Z Featured
Discover Maison Goyard’s timeless Art of Living and Travelling
Bespoke luggage and trunk-maker, Maison Goyard offers products of the finest quality and craftsmanship, born from tradition, elegance and excellence.
by Georgie Campbell
Home
Giorgio Collection: the luxury experience of furnishings Made in Italy
The perfect match of finest materials, attention to details and Italian craftsmanship. Art Deco vibes mingle with cutting-edge shapes.
Home
Colin Burn’s Limited Edition Pearl Royale Chess Set radiates pure opulence
Crafted in solid 18k white gold and pave’ set with over 510 carats of fine diamonds, the Pearl Royale stands as the world’s most luxurious chess set ever created.
Home
Minotti 2020 Collection, a new ideal of contemporary living by Rodolfo Dordoni
The new 2020 Collection – coordinated by Rodolfo Dordoni with Minotti Studio – outlines a new ideal of contemporary living: a project with a strong international vocation, though entirely Italian in its imprint.
Home
The Roche Bobois BOMBOM Collection by Joana Vasconcelos
A series of multifunctional pieces that are playful, alluring and optimistic designed exclusively by Joana Vasconcelos.
Home
A unique gift proposition, Dolce&Gabbana x Fiasconaro limited edition sweet treats
The collaboration between the creativity of Dolce&Gabbana and the confectionery artistry of Fiasconaro results in a unique recipe: the typical Milanese panettone, revisited with the flavours of Sicily.
Home
Between tradition and modernity: the Rosenthal Heritage Collection
Past and present linked in style: With the "Midas" décor designer Gianni Cinti reinterprets the classic Rosenthal shape Sanssouci.
Home
Lalique’s Hirondelles Perfume Bottle Is Re-issued For a Collector’s Edition
2020 marks the 100th anniversary of René Lalique’s Villa, in Wingen-sur-Moder, France.
Home
The champagne chest by Rolls-royce Motor Cars is an epicurean delight
Discover the meticulously crafted House of Rolls-Royce Champagne Chest, part of the Rolls-Royce accessory portfolio.
Home
Travel-inspired furniture with the Louis Vuitton’s Objets Nomades collection
Louis Vuitton’s Objets Nomades is a collection of travel-inspired furniture and objects made in collaboration with internationally renowned designers.
Home
Delfin Wellness CocoOne, first-class cocooning lounge—a fantastic invitation to get some rest
The world is spinning faster and faster. Places to decelerate are more desirable than ever. CocoOne is such a place.
Discover our membership —  ™Request Invitation
We use cookies and similar technologies to give you the most relevant experience by remembering your preferences and repeat visits. By clicking “Accept”, you consent to the use of all cookies.
Cookie settingsACCEPT
Manage consent