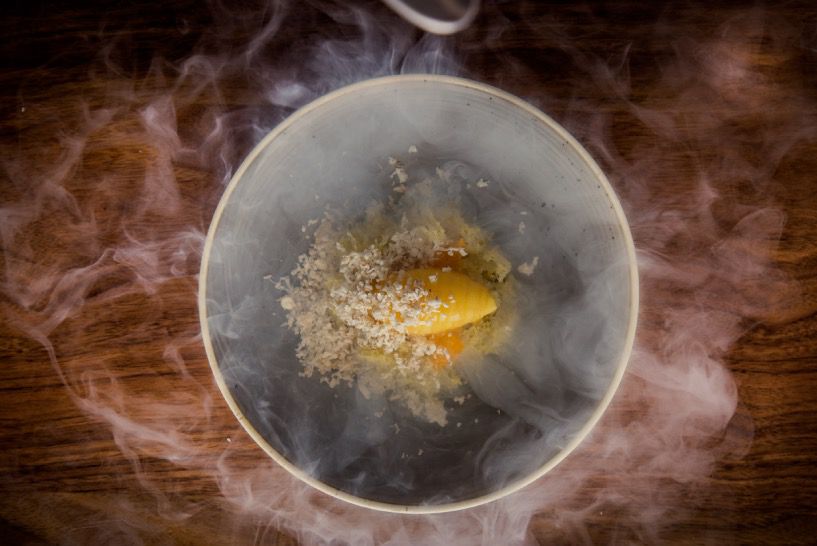 Located in Mexico City’s Polanco district, under leadership from Jorge Vallejo in the kitchen and Alejandra Flores in the dining room, Quintonil proposes clarity of flavor alongside contemporary Mexican technique, from the platform of a restaurant that perfectly integrates the cuisine/service dynamic. It is Mexico’s gastronomic tradition, updated, and coupled with a special insistence on sustainability. 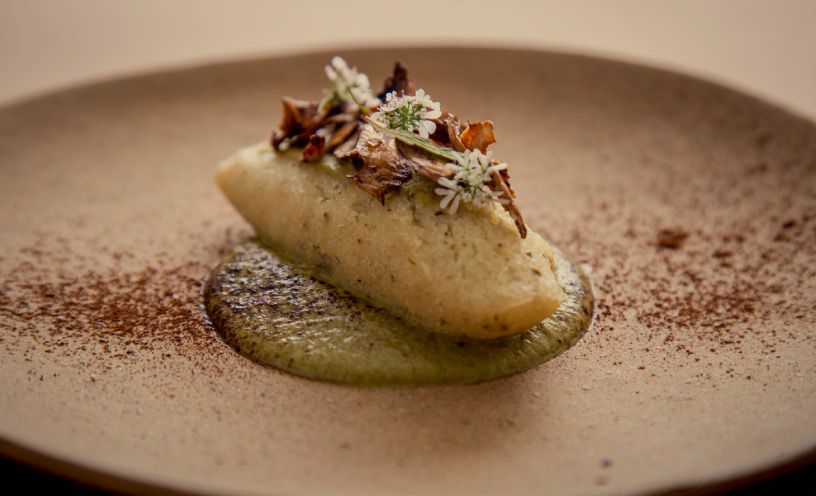 Jorge Vallejo studied Culinary Arts and Administration at the Centro Culinario de México (Ambrosía). In 2004, he set sail with Princess Cruises and worked on voyages around the world. On his return to Mexico, he joined the team at Pujol and then served as Corporate Chef at Grupo Habita, where he oversaw kitchens at the Hotel Condesa DF, Hotel Habita and Hotel Distrito Capital. In 2010, he became Executive Chef at Restaurante Diana at Mexico City’s St. Regis Hotel, a position he left for a stint at Noma, in Copenhagen.Vallejo and his wife Alejandra Flores opened Quintonil restaurant in 2012. 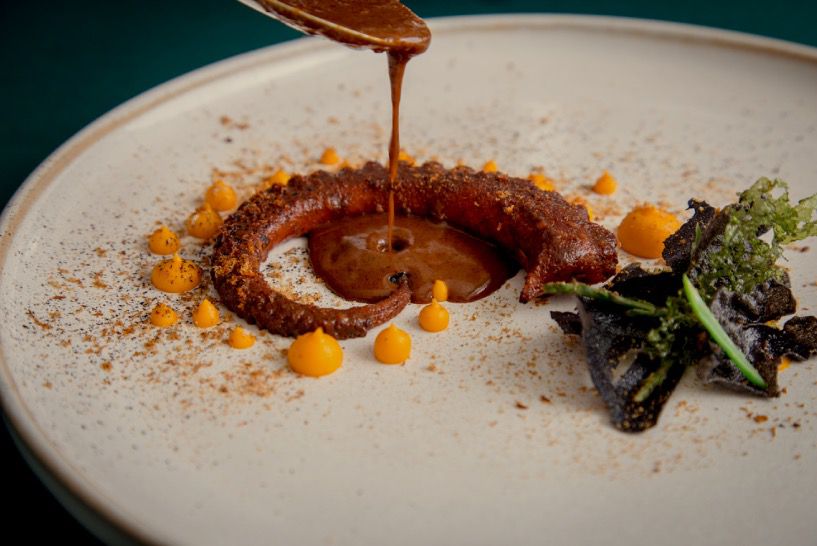 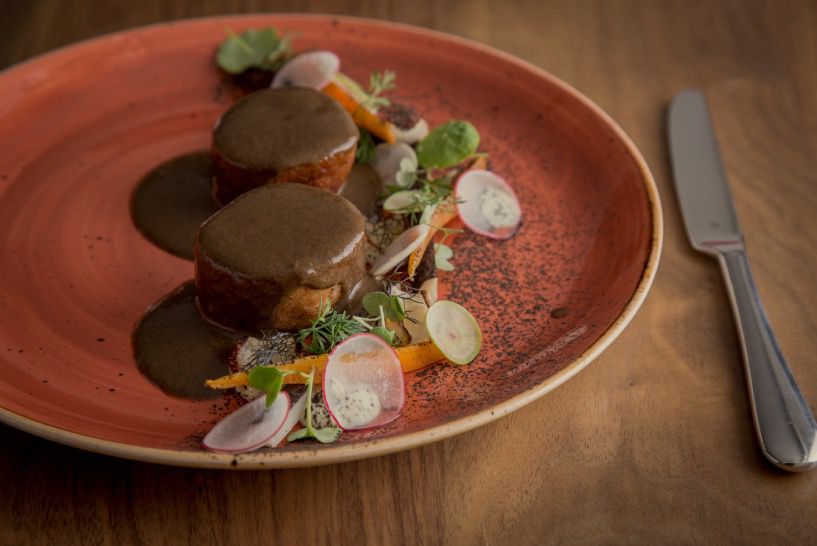 In 2014, alongside Chefs Mauro Colagreco (Mirazur; Menton, France) and Virgilio Martínez (Restaurante Central, Lima), Vallejo launched the initiative known as Orígenes, to re-encounter and preserve culinary products, techniques and customs that survive in small Latin American communities. Since then, the chefs have journeyed to small towns throughout the Americas to research and share experiences.

Passionately committed to keeping a low carbon footprint, much of the produce at Quintonil comes from the nearby garden, where the cooks select the freshest ingredients each day.

Royist is a leading boutique concierge offering luxury lifestyle management services to select members worldwide. Enjoy an unrivalled global 365/24/7 service.
View Editorial's profile
Brands Collection — Explore a curated selection of the finest wine producers
View the collection
Archived Stories
Culinary
Victor’s, unique culinary creations by Christian Bau in Perl, Germany
A dedicated team. An exclusive ambience. Unique culinary creations. These are the hallmarks of Victor's Fine Dining by Christian Bau, who was awarded numerous times for his creations.
Culinary Z Featured
La Vague d’Or at Cheval Blanc St-Tropez, a magical journey between land and sea
La Vague d’Or invites guests on a magical journey between land and sea. Chef Arnaud Donckele draws his inspiration from the very heart of Provence, its land and its traditions.
Culinary Z Featured
Aqua, a transformative dining experience at Ritz-Carlton Wolfsburg, Germany
The restaurant's interior draws inspiration from the theme of nature, and the shimmering serenity of water; it opens up into a private garden, with a tranquil, Zen-like atmosphere.
Culinary Z Featured
Ciel Bleu Amsterdam, international cuisine at its finest
At Ciel Bleu you are presented with an unsurpassable panoramic view of the Amsterdam skyline on the 23rd floor of Hotel Okura.
Culinary Z Featured
Cheval Blanc by Peter Knogl, exquisite French cuisine in Basel
Chef de Cuisine Peter Knogl awaits you in the Cheval Blanc with a symphony of aromas, colours and harmonious tastes.
Culinary Z Featured
Le Grand Véfour Paris, a sublimed cooking experience by Guy Martin
Jewel of the 18th century "art décoratif" Le Grand Véfour has been the finest gourmet rendez-vous of the Parisian political, artistic and literary society for more than 200 hundred years.
Culinary Z Featured
Georges Blanc, Vonnas, France, a tradition that is almost 150 years old
Enter a world of great flavours and food products, a cuisine of great personality that reflects the Chef’s character and sensibility.
Culinary Z Featured
Flocons de Sel, a delightful culinary experience in the heart of authentic Haute-Savoie, Megève
"Through my cooking, I try to convey a message beyond the emotions." — Emmanuel Renaut
Culinary Z Featured
Dal Pescatore, Runate, Italy, a truly memorable and harmonious dining experience
What is known today as the restaurant, “Dal Pescatore,” dates back to the 1920s when it was first opened by Antonio Santini and Teresa Mazzi.
Culinary Z Featured
The Greenhouse restaurant, Mayfair: a verdant oasis of culinary wonder
Renowned for its French infusions, organic reverence and gastronomical ingenuity: The Greenhouse is a widely respected classic which is up to the mark in modern flavours and innovative techniques.
by Ellie Loxton
Culinary Z Featured
Le Cinq restaurant, unrivalled French cuisine at the Four Seasons Hotel George V, Paris
A Paris destination in its own right, Le Cinq by Christian Le Squer is synonymous with the apex of French cuisine and the combination of classic ingredients with ambitious, new techniques.
Culinary
Wildflower, Adrian Martin’s new sustainable fine dining experience
Set to open later this year, Wildflower is a contemporary Camden-based restaurant which brings sustainability together with fine dining sophistication.
by Ellie Loxton
Discover our membership —  ™Request Invitation
We use cookies and similar technologies to give you the most relevant experience by remembering your preferences and repeat visits. By clicking “Accept”, you consent to the use of all cookies.
Cookie settingsACCEPT
Manage consent