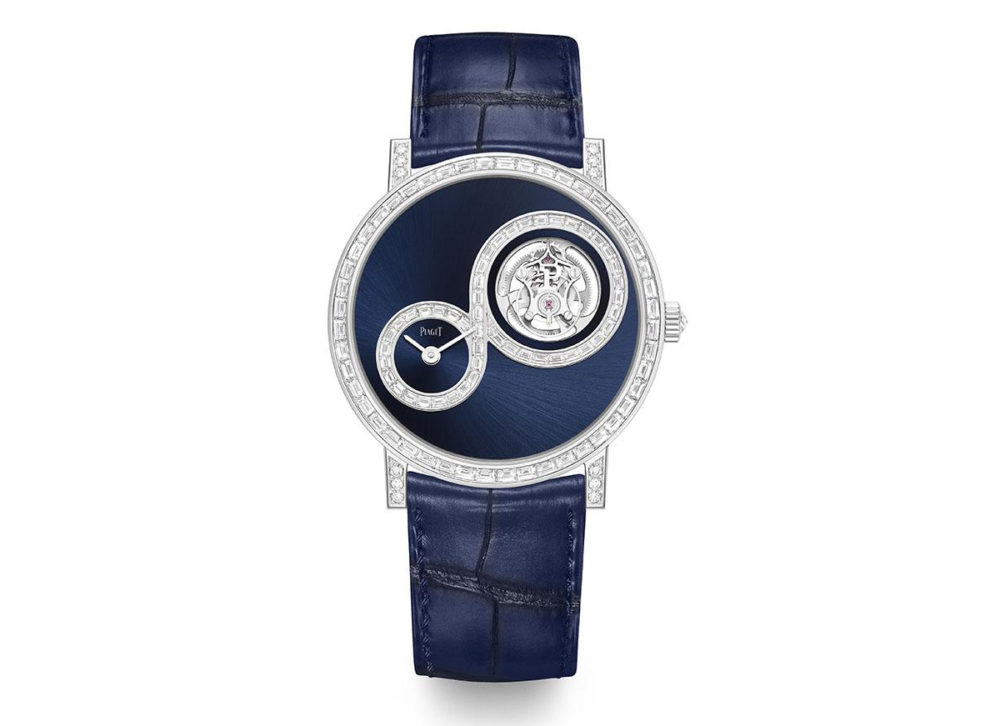 Piaget’s founder Georges Edouard Piaget started his watchmaking business by making high-precision components for the leading watch brands of the day. His ability to create ultra-thin parts brought him immediate recognition across the Swiss Jura region.

Success as a supplier gave Georges Edouard the impetus to start producing his own watches and in 1943 the Piaget brand was formed with this ultra-thin savoir-faire becoming a specialty of the Maison.

Ultra-thin movements and timepieces are not a complication per se, but the art of creating components two to three times thinner than regular parts is something incredibly complex. To date, Piaget has developed 35 in-house calibres, of which 23 are ultra-thin.

Ultra-thin at the Service of Style and Design

It is not only the quest for ultimate thinness that is at the heart of Piaget, but the Maison’s love for elegance is also second to none, always encouraging its designers and craftsman to express their creativity to the fullest and follow the Piaget motto to “always do to do better”. The notion of ultra-thin has always served Piaget’s audacious style.

In 2017, Piaget celebrated the 60 th anniversary of its ultra-thin movement with the ultra-thin Altiplano flying tourbillon, putting the movement at the service of the design. This manualwinding movement, featuring the time at eight o’clock and the tourbillon at two o’clock, is entirely made and assembled in Piaget’s Manufacture. 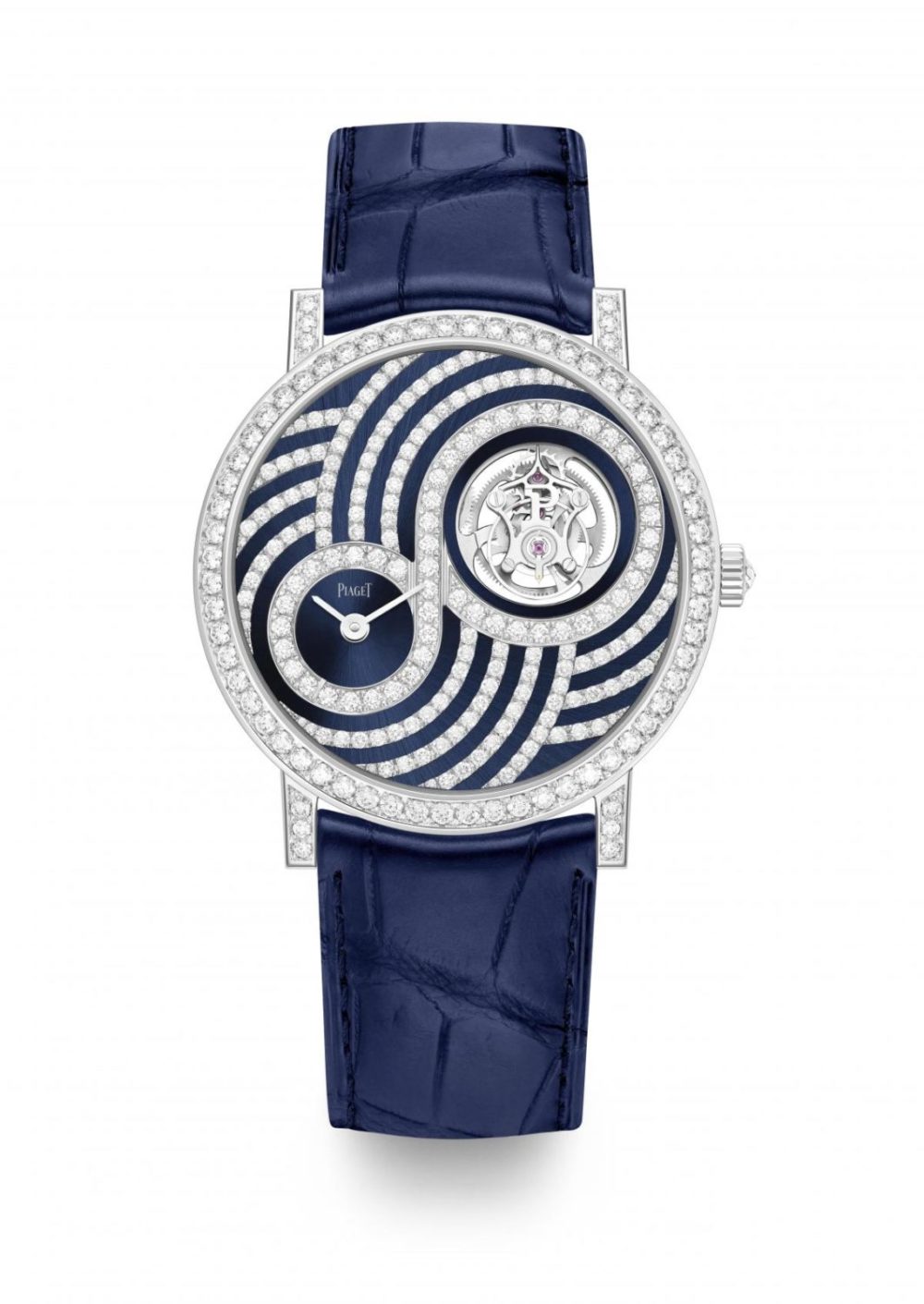 With 157 ultra-thin and ultra-light components, such as the carriage measuring a mere 2.88mm, three titanium bridges weighing no more than 0.2g, and some components measuring no more than the thickness of a human hair, the Piaget Altiplano Tourbillon is a feat of engineering. It also holds a patent for its stem mechanism, featuring an intermediate wheel that looks like a staircase and enables the user to set the time of the off-centered dial — another first in the watch industry.

This Spring, Piaget is unveiling three new Altiplano Flying Tourbillon timepieces in its elegant blue colour that symbolises the infinite sky and sea. These three novelties are available exclusively for the Chinese market and feature dials that have been designed with a gem-set motif that echoes the Lucky 8. 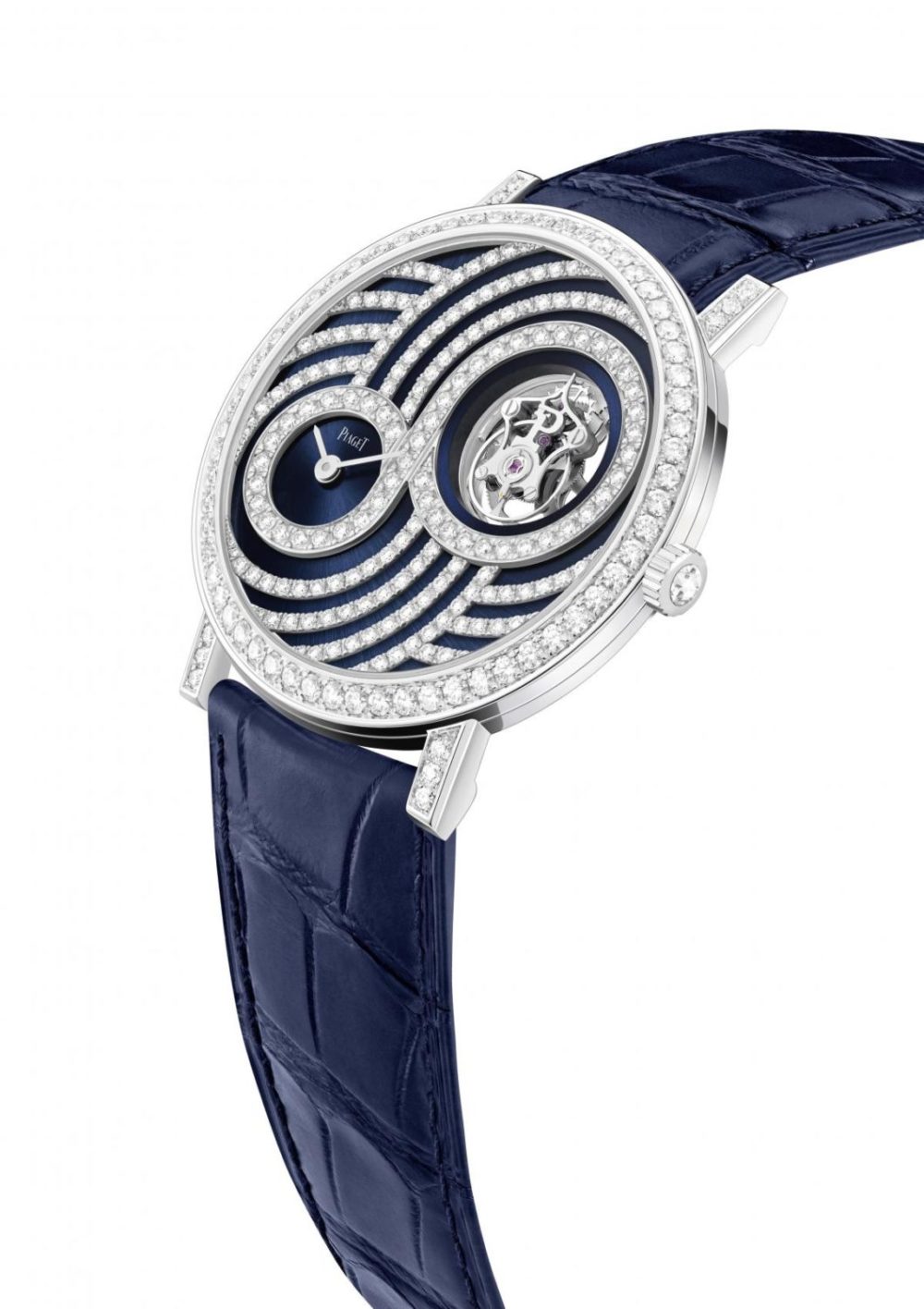 The figure eight is a symbol of prosperity, good fortune and joy, and is formed by the juxtaposition of the tourbillon carriage and the off-centred hour and minute counter. This eternal eight shape is hand-crafted in Piaget’s Ateliers de l’Extraordinaire and requires the utmost precision and expertise to cut the shape and set the array of sparkling diamonds.

Timepiece EnquiryThrough our preferred partner network, we assist our discerning audience and members in obtaining access to rare and highly sought-after timepieces.Make an enquiry
Share
PiagetTimepiece
About me