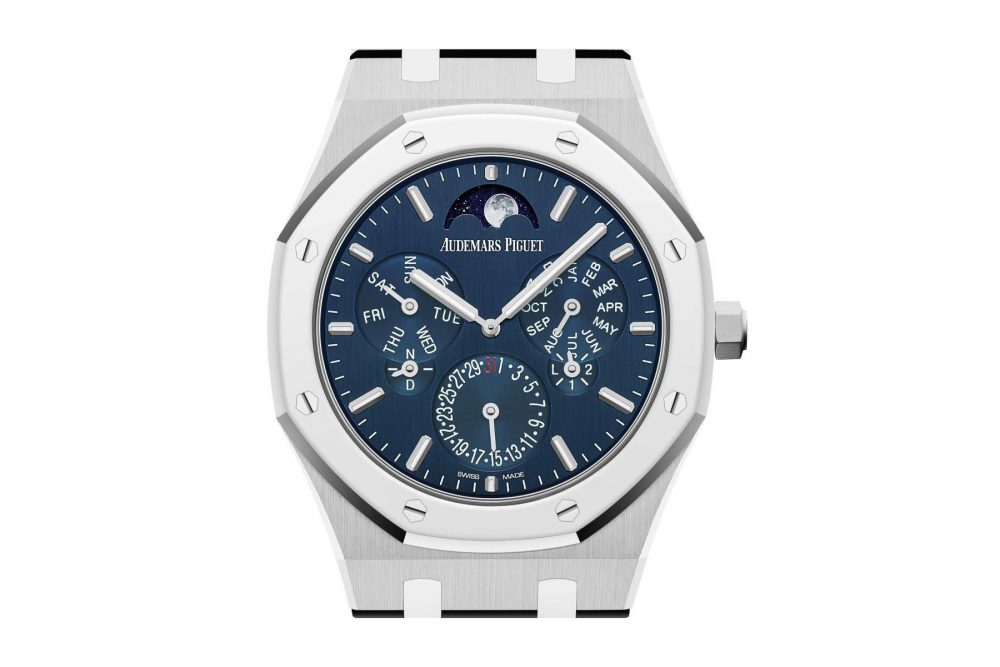 The Manufacture’s R&D team has integrated movement development, design and ergonomics in the conception of this new timepiece to boost its efficiency, robustness and reliability. The result? An ultra-thin selfwinding perpetual calendar wristwatch equipped with a complex movement re-engineered to integrate an elegant ultra-thin case, perfectly fitting under the sleeve of a shirt and endowed with a refined dial design enhancing visibility.

To reach an ultra-thin movement of 2.89 mm in height, the perpetual calendar functions, normally arranged on three levels have been merged into one single layer. This led to the development of two pioneering and patented innovations: the end-of-the-month cam has been integrated to the date wheel, while the month cam has been combined to the month wheel. 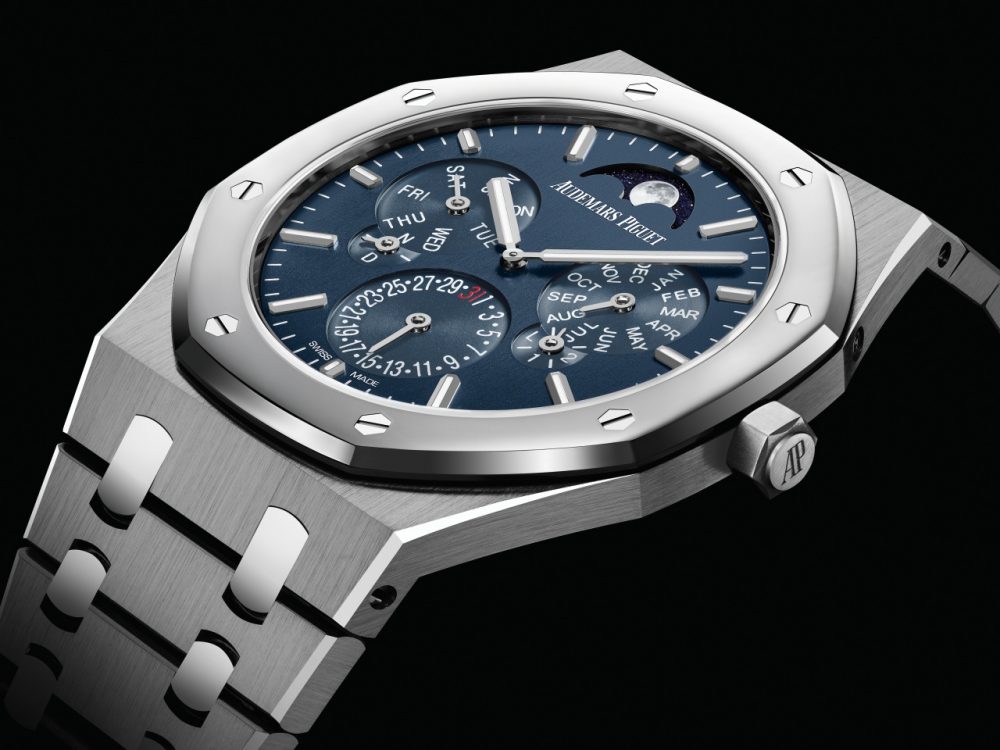 The geometry of each component has also been optimised from the onset, reducing adjustment and assembly time. The dial, too, has been redesigned compared to previous Royal Oak Perpetual Calendar models (such as ref. 26574). The day, date and month subdials have been enlarged for optimum legibility, while the night and day indication at 8 o’clock has been added symmetrically to the leap year indication positioned at 4 o’clock.

Although the advent of simultaneous multi-parametric technologies has enabled Audemars Piguet to think differently to re-engineer its perpetual calendar movement, its latest launch results, first and foremost, from the hard work of its engineers, designers, programmers and watchmakers who have pushed further the limits of their craft to create a new generation of calibres and watches designed with today’s contemporary lifestyle in mind. 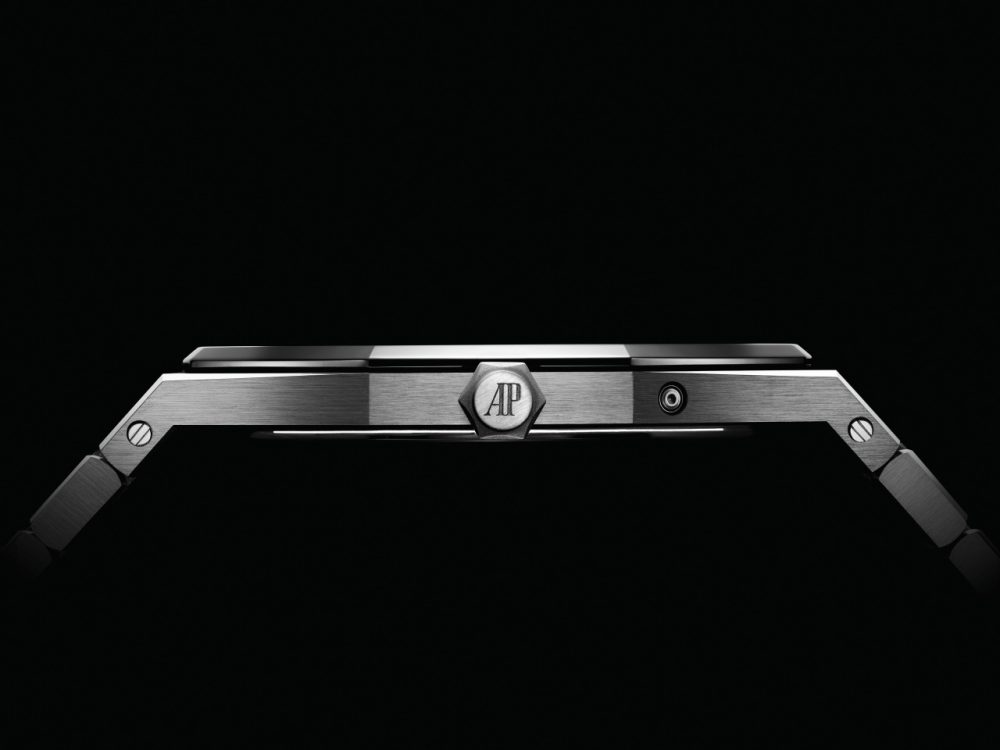 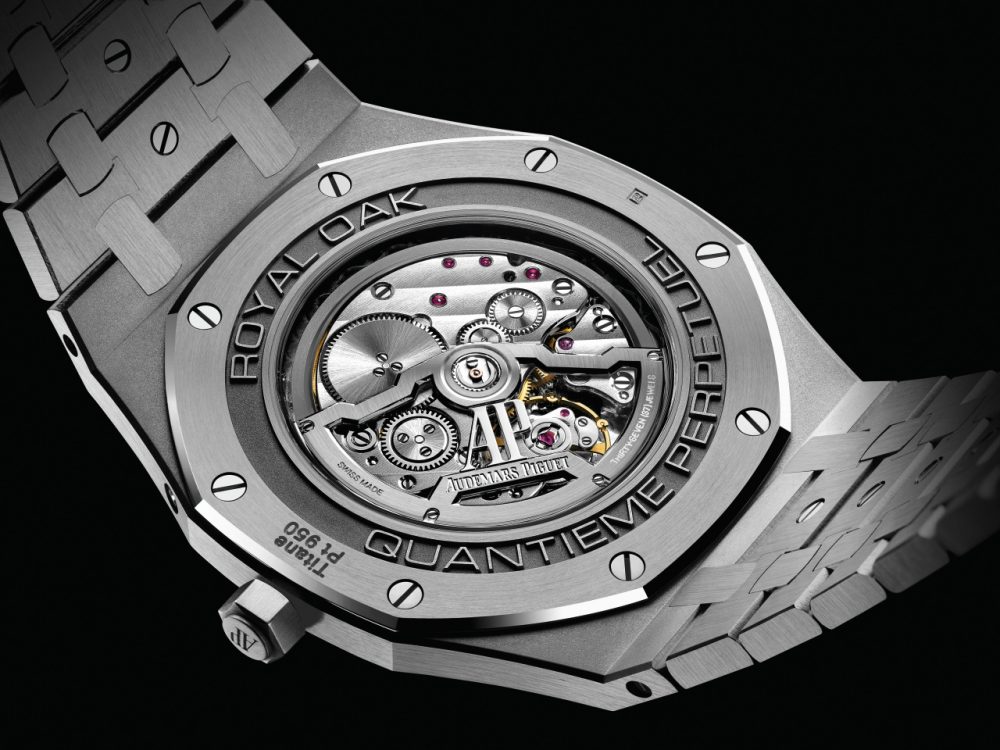 This balance between traditional watchmaking and merging technologies has always been at the core of Audemars  Piguet’s  savoir-faire  history.  For instance, the emergence of CAD (Computer-Aided Design) and CNC (Computer Numerical Control) spurred Audemars Piguet’s creativity in the 1980s, forging a new path for the company and the industry as a whole.

Looking back, the Royal Oak Selfwinding Perpetual Calendar Ultra-Thin also inscribes itself in the Manufacture’s long history of pioneering calendar watches and extra-thin mechanisms. Champion of miniaturisation since its establishment in 1875, Audemars Piguet quickly charted its own course in the development of extra-small and extra-thin mechanisms with and without complications.