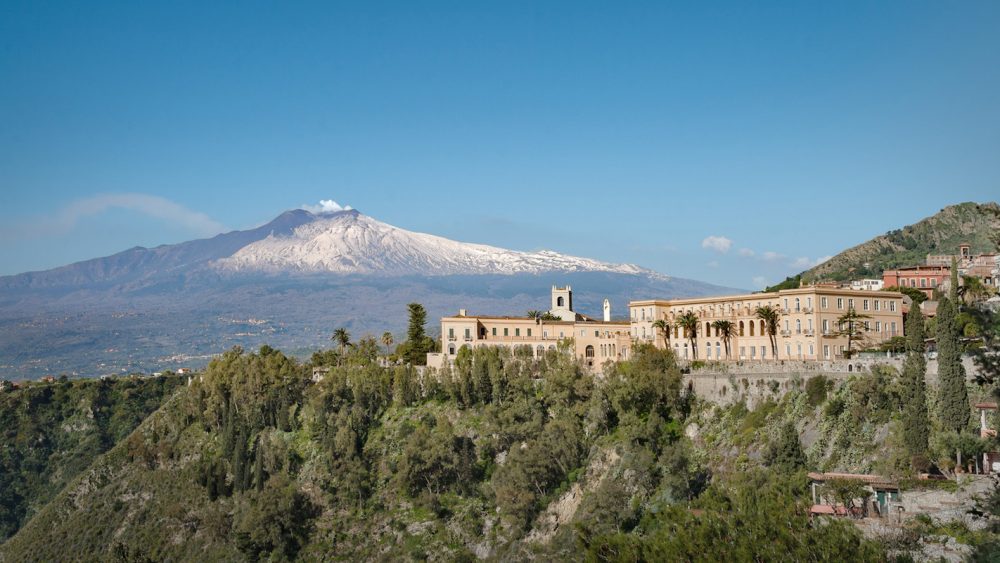 With spectacular views in every direction, San Domenico Palace is uniquely situated between the majesty of Mount Etna above, the deep blue waters of the Ionian Sea below, and the beautiful south-eastern coast of Sicily as far as the eye can see.

Built on the site of a 14th century Dominican convent, the San Domenico Hotel first came to life in 1896 with the addition of a new building in Italian Liberty style (today’s Grand Hotel Wing) adjacent to accommodations converted from former quarters in the Ancient Convent Wing.  It soon became a highlight on the Grand Tour, favoured by royalty and nobility and increasingly, a colourful cast of artists, writers and Hollywood stars. 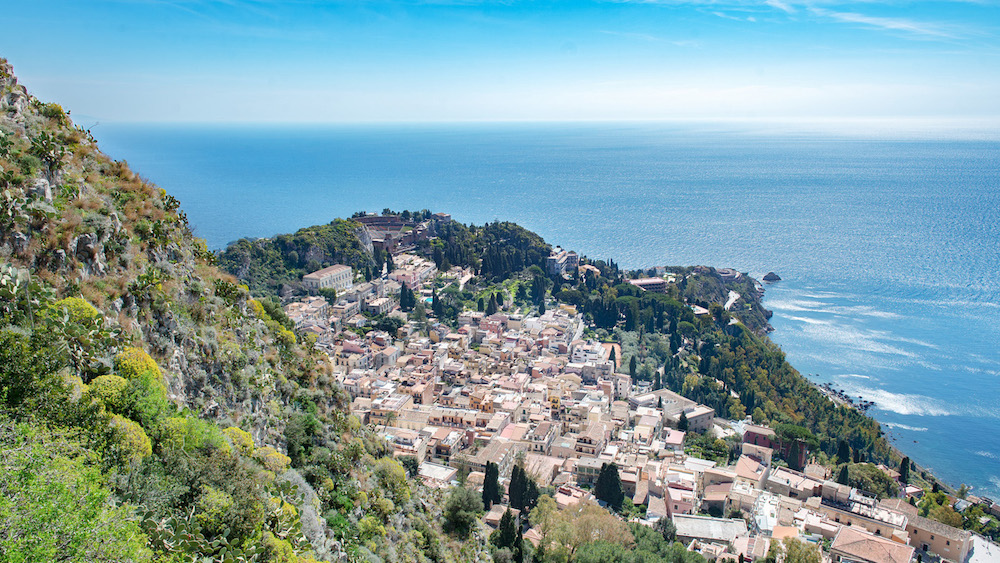 The most coveted room is the Royal Suite, with principal rooms all opening onto a large terrace and plunge pool with views of Mount Etna, the ancient Greek Theatre and the Ionian Sea.  Terraces are lined with glass for infinity views, and in all, there are 19 rooms with private plunge pools. 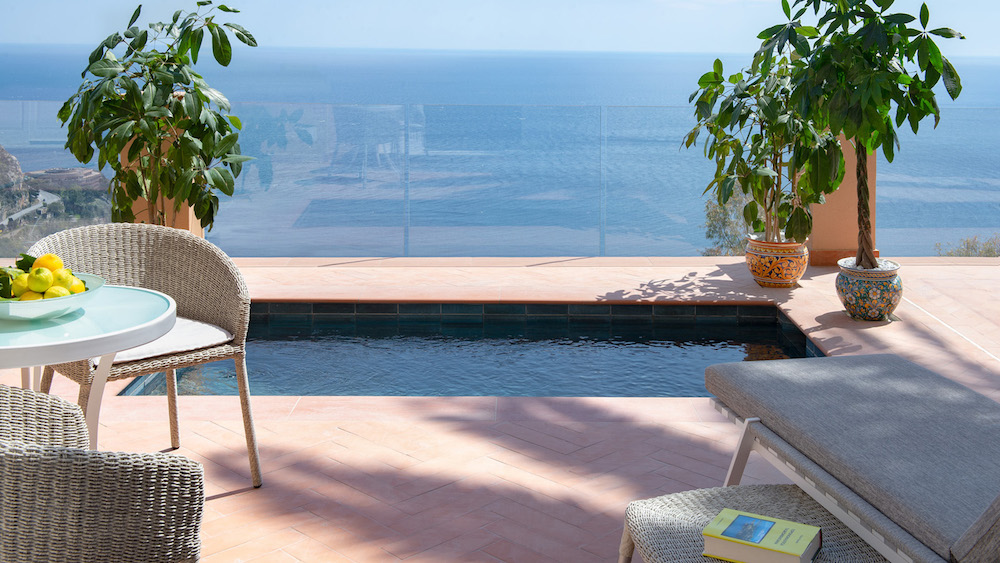 The rebirth of the San Domenico Palace also heralds the return of Principe Cerami to Sicily’s thriving culinary and viticulture scene, where Executive Chef Massimo Mantarro’s menu is inspired by the very land where he grew up on the slope of Mount Etna.  True to his roots but always experimenting, Chef Massimo’s genius can be savoured best in his #FSMasterdish, pasta e seppia. 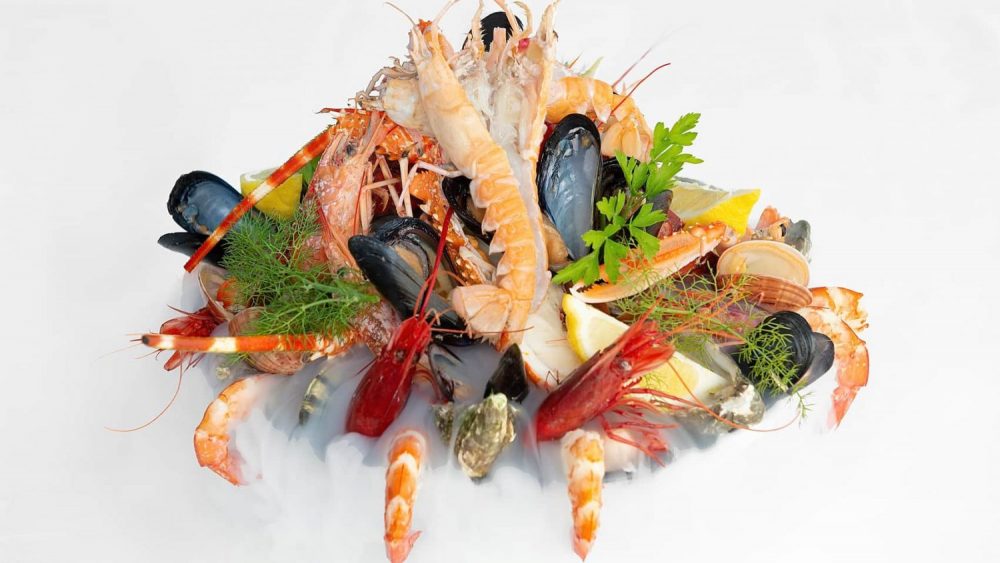 Additional dining experiences include Rosso, where a large terrace affords panoramic views of Mount Etna and Taormina Bay as a setting to enjoy local specialties and international classics; and the poolside Anciovi, where the menu celebrates the bounty of the sea, and where creative cocktails can be enjoyed long after the sun goes down.

In the garden setting of Bar & Chiostro, drinks are best paired with light fare, including the must-try pennette served in the local “Norma” style with aubergine and ricotta cheese.

In the captivating setting that combines hundreds of years of history with the drama of an active volcano, events at San Domenico Palace are always memorable.

Now, with the expert touch of Four Seasons event planners and the catering team, it’s a fantastic choice for inspired corporate retreats, fairy-tale weddings or simply gathering family and friends for a much-needed reunion in the sun.

Travel ExperiencesWe work alongside the finest global travel specialists to organize highly bespoke and unique experiences for you and your guests.Start Planning here
Share
Four SeasonsItalySicilyTaormina
About me

Royist is a leading boutique concierge offering luxury lifestyle management services to select members worldwide. Enjoy an unrivalled global 365/24/7 service.
View Editorial's profile
Publication — Explore a curated selection of the finest luxury experiences
View publication
Travel Journal Highlights
Peloponnese
| Greece
Create new stories in a safe, care-free environment at Costa Navarino, Peloponnese
Located in the pristine region of Messinia , Costa Navarino is surrounded by lush nature in an idyllic seaside setting.
Mallorca
| Spain
Four Seasons Resort in Mallorca is set to open in 2023
Originally opened in 1929, the existing hotel will undergo extensive renovations before it is unveiled as a Four Seasons experience.
Athens
| Greece
One&Only Aesthesis to debut on the Athenian Riviera in 2022
Tucked away in a legendary hideaway on the dramatic Glyfada seafront, glamour will return to this fabled location, with a bacchanalian celebration of Athens through One&Only’s ultra-luxury lifestyle experience.
Montalcino
| Italy
Experience sustainable luxury at Casa Ojalá Rosewood Castiglion Del Bosco, Montalcino
Hospitality romance without equal in the heart of the ancient Val d’Orcia, a village of the most authentic elegance, that of simplicity, according to Massimo and Chiara Ferragamo.
Noonu Atoll
| Maldives
Velaa Private Island, Maldives—an exceptional and timeless private luxury retreat
Located north from Malé, within the constellation of islands that form the Noonu Atoll, Velaa Private Island, brings a lasting meaning to “private moments” in the Maldives.
Grand Baie
| Mauritius
LUX* Grand Baie Resort in Mauritius is set to debut in November 2021
The highly anticipated LUX* Grand Baie Resort & Residences will open on 1 November 2021, unveiling a new generation of boutique-style resort for the modern, discerning traveller.
Grace Bay
| Turks And Caicos
Set along one of the world’s best beaches, The Ritz-Carlton debuts in Turks & Caicos
Situated on the world-famous Grace Bay in Providenciales, The Ritz-Carlton, Turks & Caicos offers an idyllic tropical getaway.
Copenhagen
| Denmark
Embrace conscious luxury living in the heart of Denmark at Villa Copenhagen
Villa Copenhagen offers guests an escape from the everyday with earth-friendly amenities, a rooftop pool and award-winning suites.
by Sophie Smith
Tangalle
| Sri Lanka
Explore the untouched paradise of Tangalle in complete luxury at Amanwella
Amanwella offers guests the finest escape on the sun-drenched south coast, shaded by coconut palms and cooled by the Indian Ocean breeze.
by Sophie Smith
Oslo
| Norway
Hotel Continental, Norway is a beacon of luxury since opening in 1900
Hotel Continental offers guests the ultimate five-star cultural experience in Norway’s biggest city.
by Amalie Andersen
Wolgan Valley
| Australia
Emirates One&Only Wolgan Valley offers a blend of wildlife, natural beauty, conservation and heritage
Hidden deep in the sanctuary of the eucalyptus-cloaked Blue Mountains, nature meets luxury at the Emirates One&Only Wolgan Valley.
by Eibhlis Gale Coleman
Mahé
| Seychelles
Escape to a secluded retreat on one of the most coveted islands in the world: welcome to Four Seasons Seychelles
An astonishing resort and destination, Four Seasons Seychelles offers the perfect balance between a relaxing and yet exciting holiday on the country's main island of Mahé.
by Sara Fabbri
View Travel Journal
Discover our membership —  ™Request Invitation
We use cookies and similar technologies to give you the most relevant experience by remembering your preferences and repeat visits. By clicking “Accept”, you consent to the use of all cookies.
Cookie settingsACCEPT
Manage consent