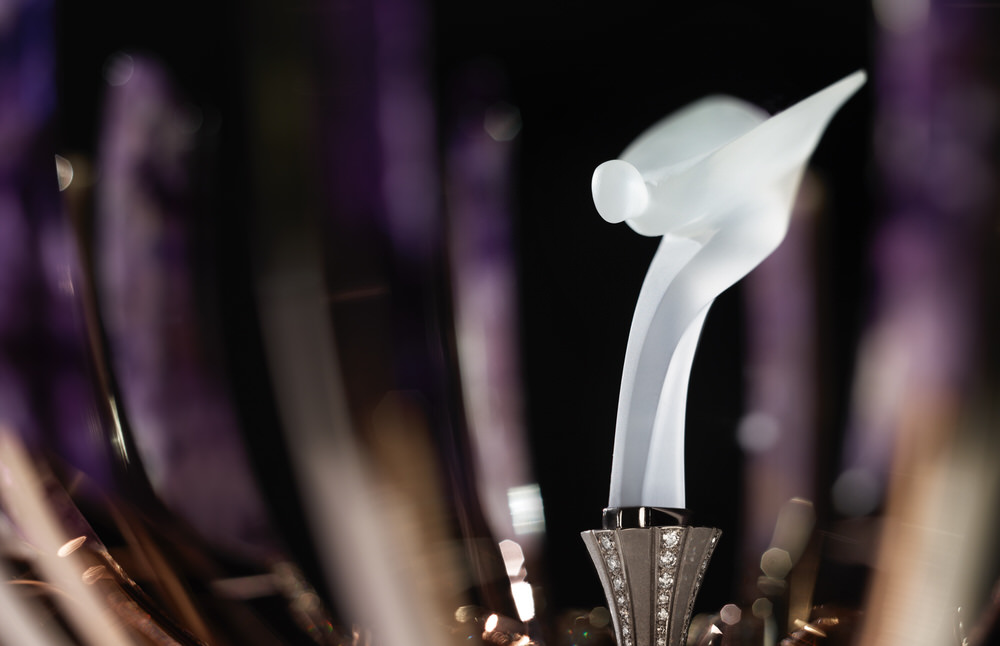 From Kings and Queens to entrepreneurs, many of the most prominent and wealthy collectors of the 20th and 21st century have been beguiled by the lure of a Fabergé Egg. With just 50 pre-1917 Imperial Eggs completed, these exceptionally precious creations are some of the most valuable and coveted objects ever to have been made.

Now, in a contemporary fashion, a new Fabergé Egg has been created. Two of the world’s most esteemed houses of luxury have joined forces to create one unique objet d’art, for one discerning patron. Rolls-Royce Motor Cars and Fabergé proudly announce the ‘Spirit of Ecstasy’ Fabergé Egg. 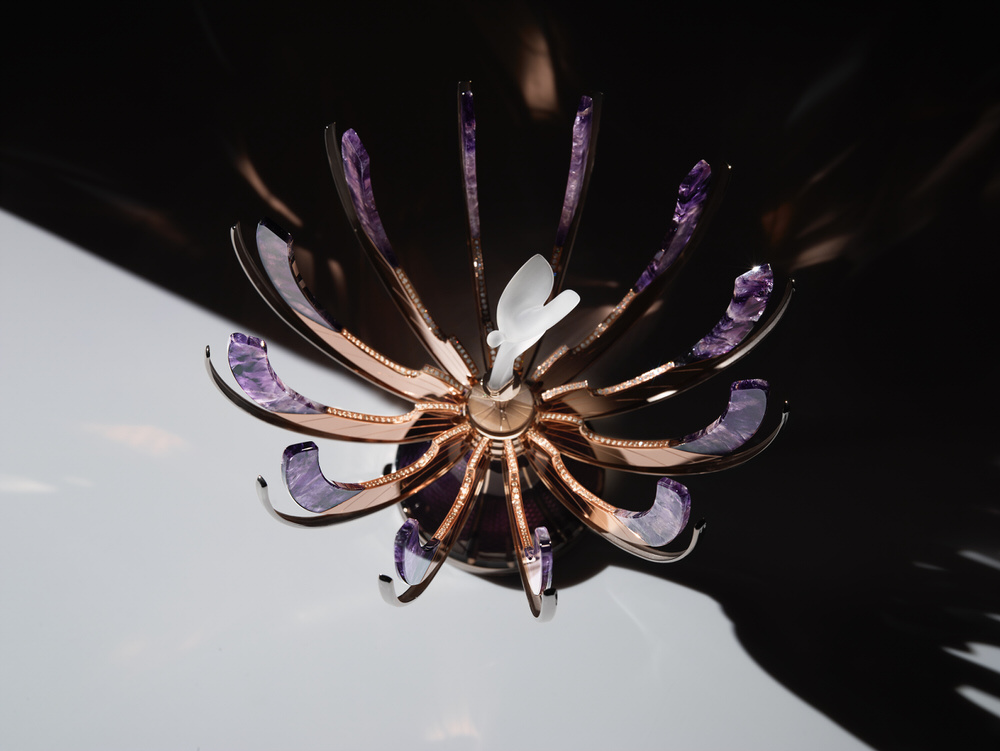 For the first time in history, an iteration of the Spirit of Ecstasy, the enigmatic mascot that has adorned Rolls-Royce motor cars since 1911, is cocooned in an exquisite, contemporary, Fabergé Egg. The design, conceived by Rolls-Royce Designers Stefan Monro and Alex Innes and rendered by Fabergé Lead Designer Liisa Tallgren, has been brought to life by Fabergé workmaster Paul Jones, creating a contemporary interpretation of one of the world’s most fabled and prized possessions. 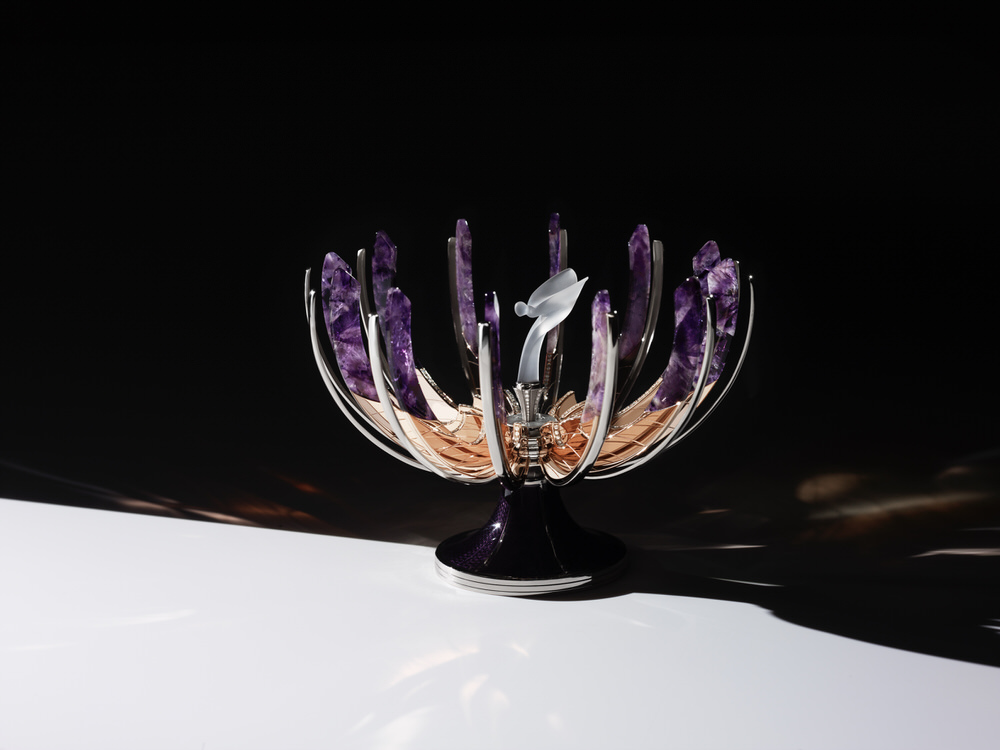 Indeed, this ‘Spirit of Ecstasy’ Fabergé Egg, the second to be commissioned in the ‘Imperial Class’ since 1917 – a category reserved only for Fabergé’s most illustrious creations – celebrates the history, heritage and legend for which both Rolls-Royce and Fabergé have been revered over more than a century. Both brands have navigated the vicissitudes of time and continue to produce the apogee of modern, highly sought after, true luxury items. The Egg is destined for the residence of a great collector of both brands.

Sean Gilbertson, Chief Executive Officer, Fabergé said, “A unique moment in both our companies’ history, the creation of the ‘Spirit of Ecstasy’ Egg represents the meeting of two masters of unrivalled quality and design, showcasing two globally recognised symbols – the Fabergé Egg and the Spirit of Ecstasy.”

Josina von dem Bussche-Kessell, Business Development and Global Sales Director, Fabergé added, “Two years in the making, we are very excited to unveil this special piece to our clients and partners across the globe together with Rolls-Royce Motor Cars and are proud to continue making history by creating bespoke and unique pieces such as this. The ‘Spirit of Ecstasy’ Egg marks a demonstration of the reputation that Fabergé proudly carries today.”

Fifty Imperial Easter Eggs were created for the Russian Imperial family between 1885 and 1916. These creations are inextricably linked to the lives of the Romanov family. Ten Eggs were produced from 1885 to 1893 during the reign of Emperor Alexander III; a further 40 were created during the rule of his dutiful son, Nicholas II, two each year – one for his mother the dowager, the second for his wife. If we explore the great archives of Rolls-Royce, we find that Tsar Nicholas II was indeed also a patron of Rolls-Royce Motor Cars. 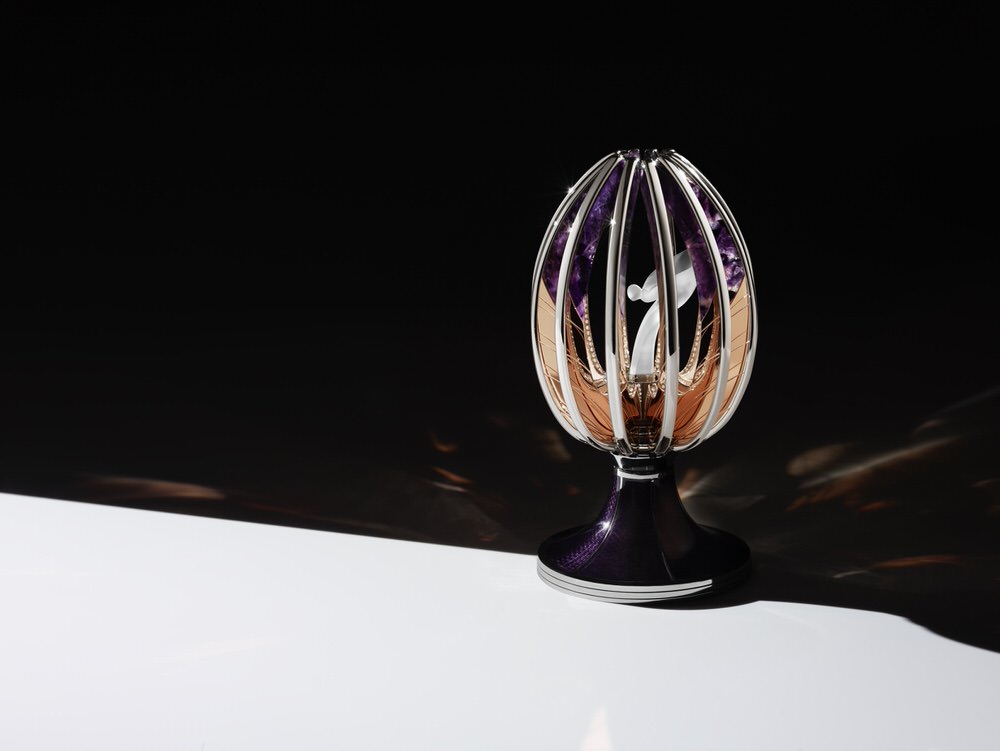 The ‘Spirit of Ecstasy’ Fabergé Egg will be premiered at the House of Rolls-Royce in Goodwood, West Sussex, England, to a host of distinguished guests and venerable patrons of the marque on 23 October, 2018. The Egg will then be on public display in Fabergé’s London window this Christmastime.