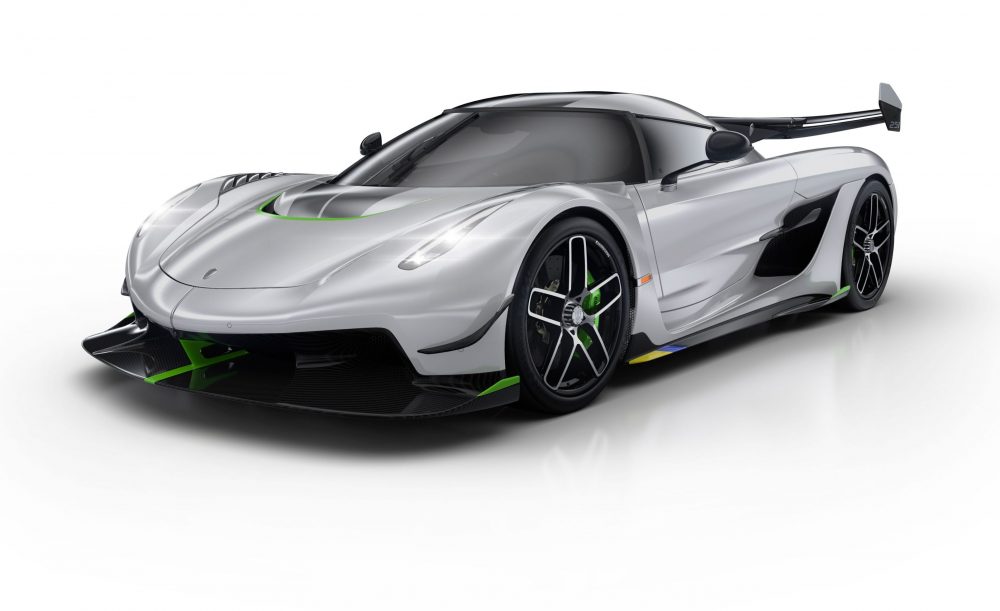 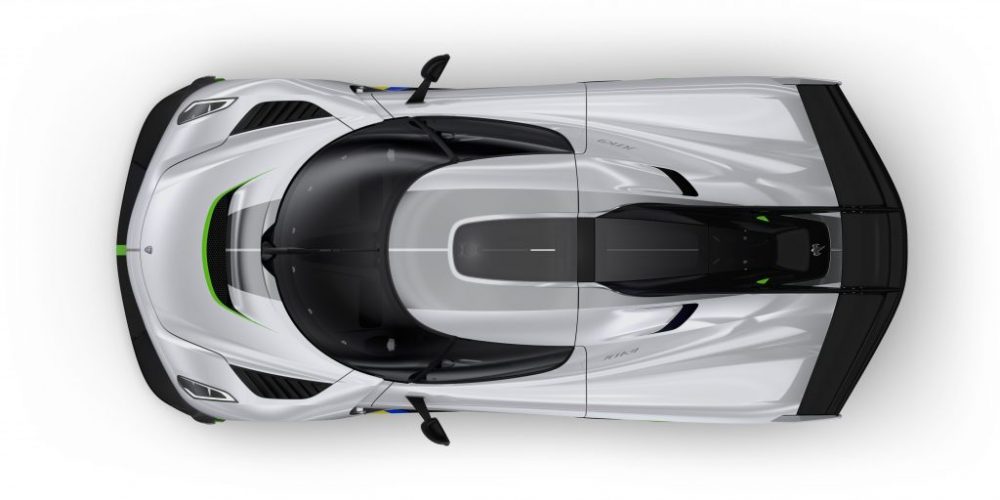 Koenigsegg’s first effort at engine development was so successful it saw the company awarded a Guinness World Record. The Koenigsegg CC8S replaced the McLaren F1 as the car with the most powerful production engine in the world. The next Koenigsegg engine achieved a similar feat when the CCR took the world production car top speed record, again from the McLaren F1. In 2014, we announced the Koenigsegg One:1 with a twin-turbo V8 producing 1,360 hp, enough to make the One:1 the first production car in history with a 1:1 power-to-weight ratio. With 1 megawatt of power, the One:1 was the world’s first Megacar. 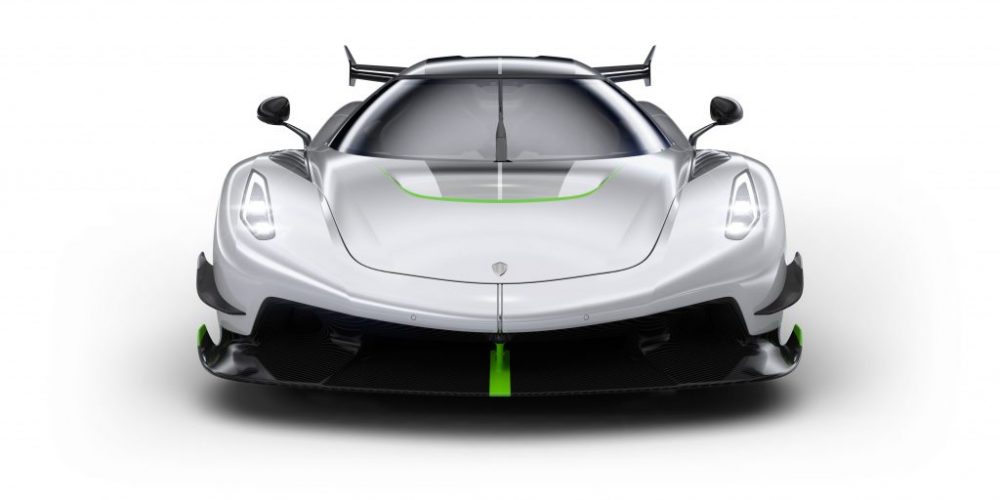 That record-breaking tradition continues. Jesko – the all-new megacar from Koenigsegg – is powered by a newly designed, 1280hp (1600hp on E85), twin-turbocharged V8 engine that benefits from significant changes to the Agera engine it replaces. At the core of the newly designed engine is the world’s lightest V8 crankshaft. Weighing just 12.5 kilos, Koenigsegg’s new flat-plane 180-degree crankshaft allows Jesko to produce more power, with greater efficiency, while achieving a higher 8500rpm rev limit. The crankshaft is milled by small manufacturing house located in southern Sweden. It is made to Koenigsegg’s in-house design from a single solid steel billet. The flat-plane design allows even firing across engine banks and an even more visceral engine sound. Koenigsegg has countered the tendency that flat-plane engines have towards greater vibration by designing new super-light connecting rods and pistons. 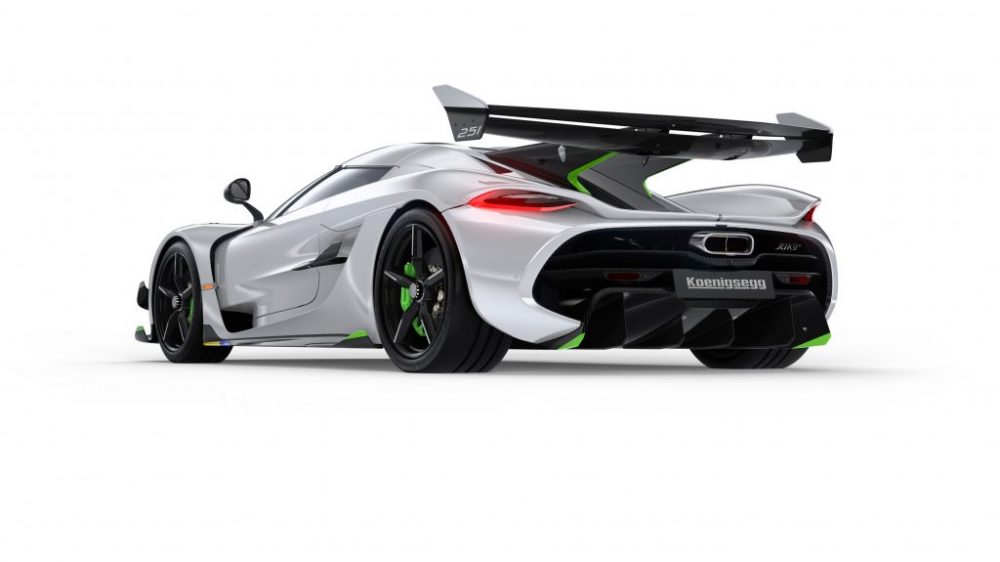 As Jesko is an all-new vehicle, Koenigsegg went back to the drawing board and designed an all-new rear wing, new front splitter and new rear diffuser. These form the core of an active aerodynamics and airflow package that maximises downforce while minimising drag. 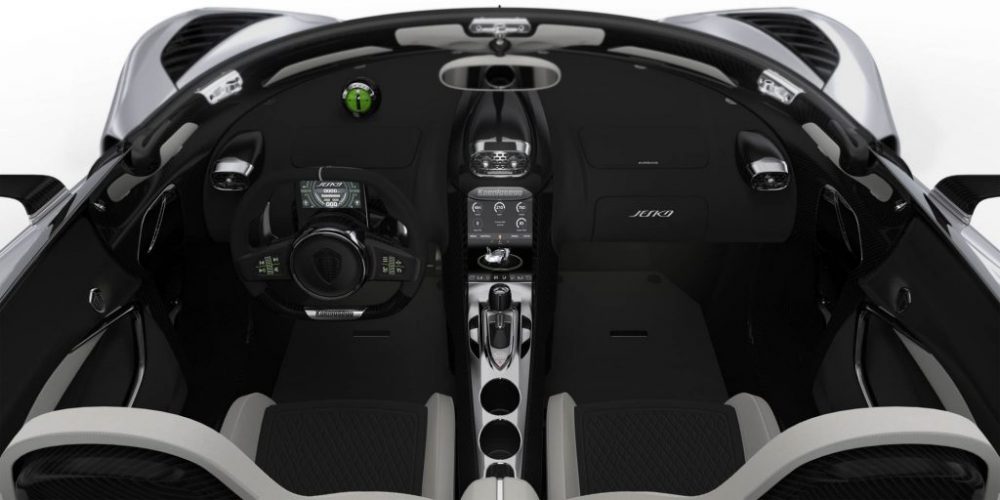 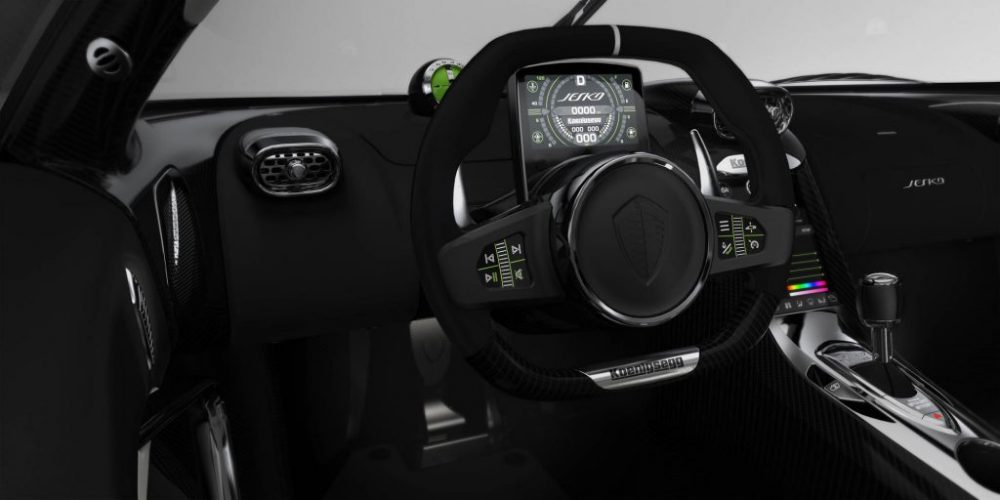 SmartWheel sees two small touchscreens embedded into Jesko’s steering wheel, making a suite of features accessible with just a touch or a swipe. The screens’ default configurations enable functions such as audio control, phone control, ride height control and cruise control. The screens are context sensitive, however, and other options may show or be configured into the system. SmartWheel’s screens feature haptic feedback, allowing ease of use without the need for constant visual connection.

Motor EnquiryConnect with leading automobile specialists for a wide range of supercars and vintage cars acquisitions
Make an enquiry
Share
KoenigseggSupercar
Brands Collection — Explore a curated selection of the finest motor brands
View the collection
Latest Supercars
Supercars
The Rolls-Royce Landspeed Collection draws inspiration from George Eyston’s remarkable life
Salt Flats’ fissured texture is perfectly reproduced in the engraved fascia; steering-wheel detail mimics the dark track-line marked on the surface during record runs.
Supercars
New Lamborghini Huracán Super Trofeo Evo2: Racing in Style
Lamborghini Squadra Corse presents the Huracán Super Trofeo EVO2, the latest version of racing car that will be used across each of the three continental Lamborghini series, starting in 2022.
Supercars
Introducing the 2022 Porsche 911 GT3 with Touring Package
A subtler choice that retains every ounce of the excitement, the feel and the performance you expect.
Supercars
The Bugatti Chiron habillé par Hermès embodies the pinnacle of luxury
A one-off creation for a passionate Bugatti collector with his personal vision inspired by artisan craftmanship that is one of a kind.
Supercars
Mansory F8XX—a complete vehicle conversion based on the Ferrari F8 Tributo
The "Mansory F8XX" is clearly and unmistakably aimed in the direction of high performance and uncompromising lightweight construction.
Supercars
Explore the brand new Super Sport SUV BRABUS 800
A high-performance luxury SUV with maximum space, comfort and power, based on Mercedes-AMG Mercedes-AMG GLS 63 4MATIC +.
Supercars
Ferrari 812 Superfast Special Edition—the ultimate expression of Ferrari DNA
Naturally-aspirated V12 unleashes 830 cv at 9,500 rpm for a sensation of endless power and performance.
Supercars Z Featured
Phantom Oribe is a bespoke Rolls-Royce Phantom in collaboration with Hermès
The magnificent bespoke Phantom Oribe was envisioned by the client as a 'land jet' to complement a recently commissioned private aircraft.
Supercars
The Aston Martin Vantage F1 Edition brings race-track Performance on the road
The new Vantage F1 Edition benefits from package of engine, chassis and aerodynamic upgrades with deliveries scheduled to begin May 2021.
Supercars
The 2022 Bentley Continental GT Speed is the most capable, performance-focused Bentley ever
This new model is designed, engineered, developed and exquisitely handcrafted at Bentley’s carbon neutral luxury automotive factory.
Supercars
The Pagani Huayra R is the most extreme Pagani Hypercar made exclusively for use on the track
The Huayra R is a celebration of passion – an extreme, untamed car, developed free from rules except for safety, with the sole aim of offering uncompromising performance. But first and foremost, it was designed to excite.
Supercars
McLaren Customer Racing presents the McLaren 720S GT3X track day model
McLaren Customer Racing has confirmed that an unrestricted version of its 720S GT3 race car is now available to order through McLaren Motorsport Retailers.
World of Supercars
Discover our membership —  ™Request Invitation
We use cookies and similar technologies to give you the most relevant experience by remembering your preferences and repeat visits. By clicking “Accept”, you consent to the use of all cookies.
Cookie settingsACCEPT
Manage consent