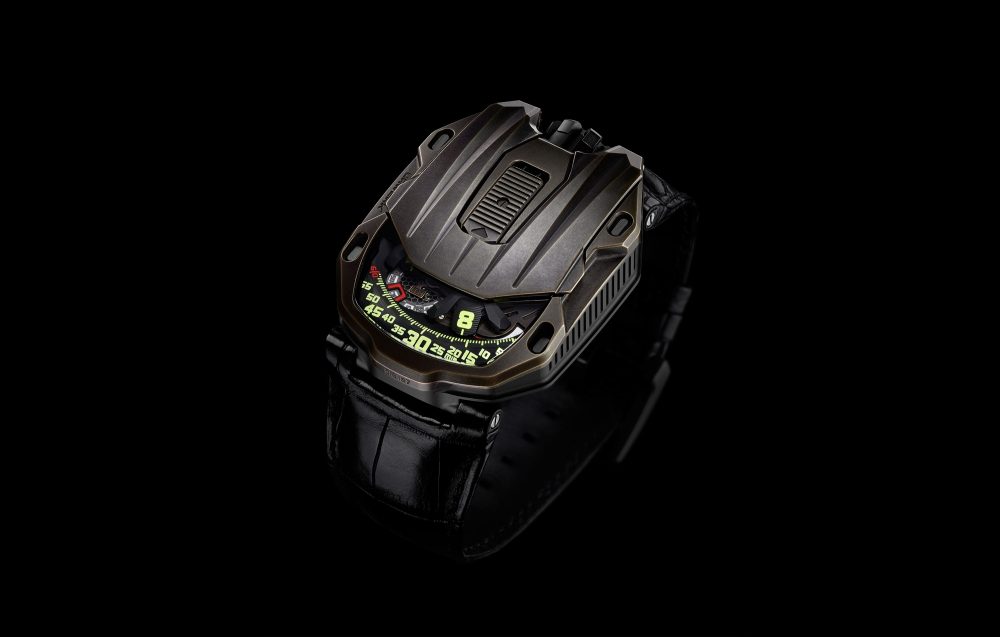 It’s a watch made in honour of mad artists, eccentric inventors, people who think up world-changing ideas. The “Maverick” is a blank canvas or a lump of clay, ready to be imprinted with the personality of the owner and acquire the patina of his lifestyle. It is built to take the hard knocks of its transformation into the most personal of possessions. The assaults of the environment — hot, cold, damp or dry — as well as the hazards of everyday life only serve to improve its looks. The Maverick is thus destined to be your favourite watch because you will mould it to your image.

The UR-105 CT Maverick starts out with a strong character. “Bronze is the most ancient of alloys, somehow magical and always unpredictable” explains Martin Frei, Urwerk’s chief designer and cofounder. “Unlike our other creations, the Maverick leaves our workshops in the raw. It’s on the owner’s wrist that the watch acquires its finish. It will be transformed through symbiosis with its host.” The Maverick features Urwerk’s signature wandering-hours complication in which the hours on satellites progress in turn along a track of minutes. Four satellites, each holding three hour numerals are mounted on an openworked rotating carousel. 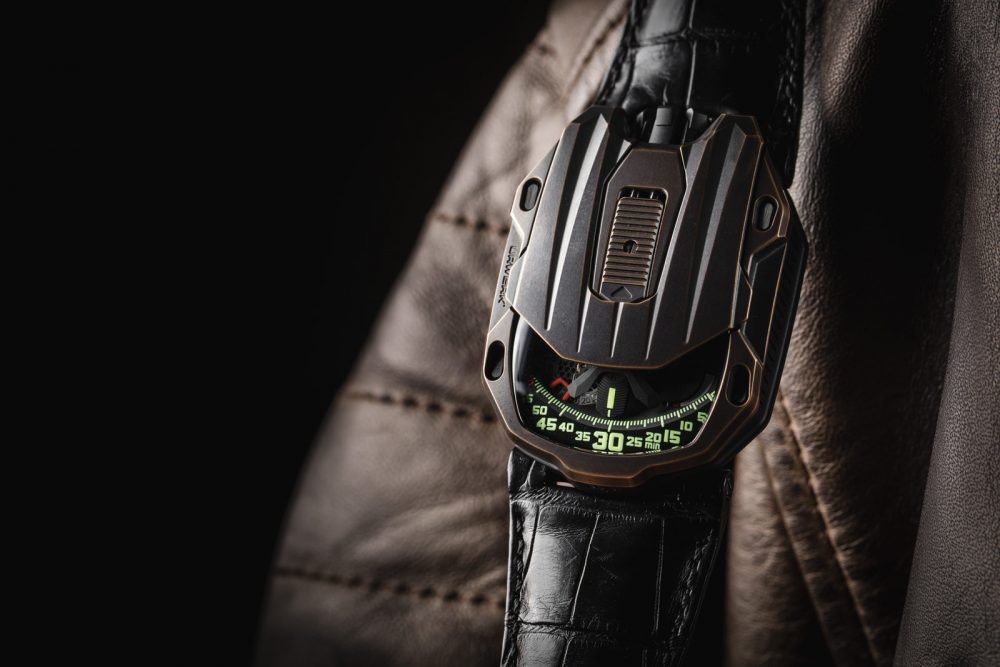 The rotation of the carousel and the sequential changing of the hours on the satellites are accomplished in silence and with smooth efficiency, thanks to an improved design. “In our previous models, the satellites were mounted on Maltese crosses and held on top by an orbiting cross,” explains Urwerk’s head watchmaker and co-founder, Felix Baumgartner. “We reexamined the design and found ways to improve it. You can feel the result when you set the time — no friction, no clicks, just the waltz of the satellites.

Our work is hidden in the flow of the transmission through the gears.” You have to push the sliding tab on the UR-105 CT Maverick to discover its inner workings. You’ll see the satellite hours on the four arms of a new openworked carousel. Each satellite carries three hours which turn to present the right hour when the satellite appears along the track of 60 minutes. The wandering hour thus combines a digital and an analog way of indicating the time. “The UR-105 CT is a watch with an evolving style,” Baumgartner continues. “When shut it is extremely plain, only the hour is visible. It looks supremely self-sufficient. Open it and you enter a very metallic scene. It’s quite cold. You catch a sense of speed, an effort at efficiency. The carousel has been completely redesigned to be ultra-light, ultra-strong and totally effective”. 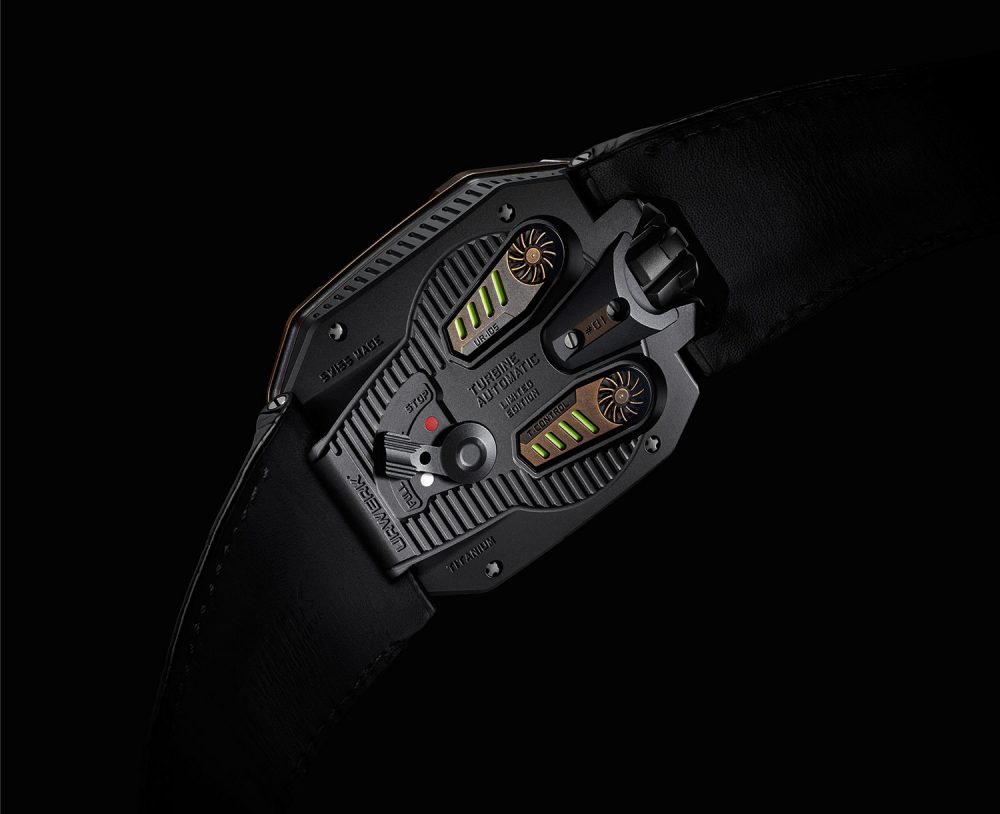 A power-reserve indicator and digital seconds make up the rest of the indications on the dial. The digital seconds are remarkable in that they indicate the tenths of a second. The system was manufactured by a photolithographic process in which each seconds marker was skeletonised to weigh less than a tenth of a gram. On the back, two turbines govern the automatic winding system.

They are adjusted by a lever. In the FULL position, the slightest movement activates the winding rotor. Turn the lever to the RED (reduced) position and the turbines dampen the winding action to avoid too much tension on the mainspring. In the STOP position, the automatic winding is disengaged and the watch can be wound manually by the crown.

Timepiece EnquiryObtain exclusive access to rare and highly sought-after timepieces, through our preferred partner specialists and luxury brand partnerships
Make an enquiry
Share
Urwerkwatch
About me