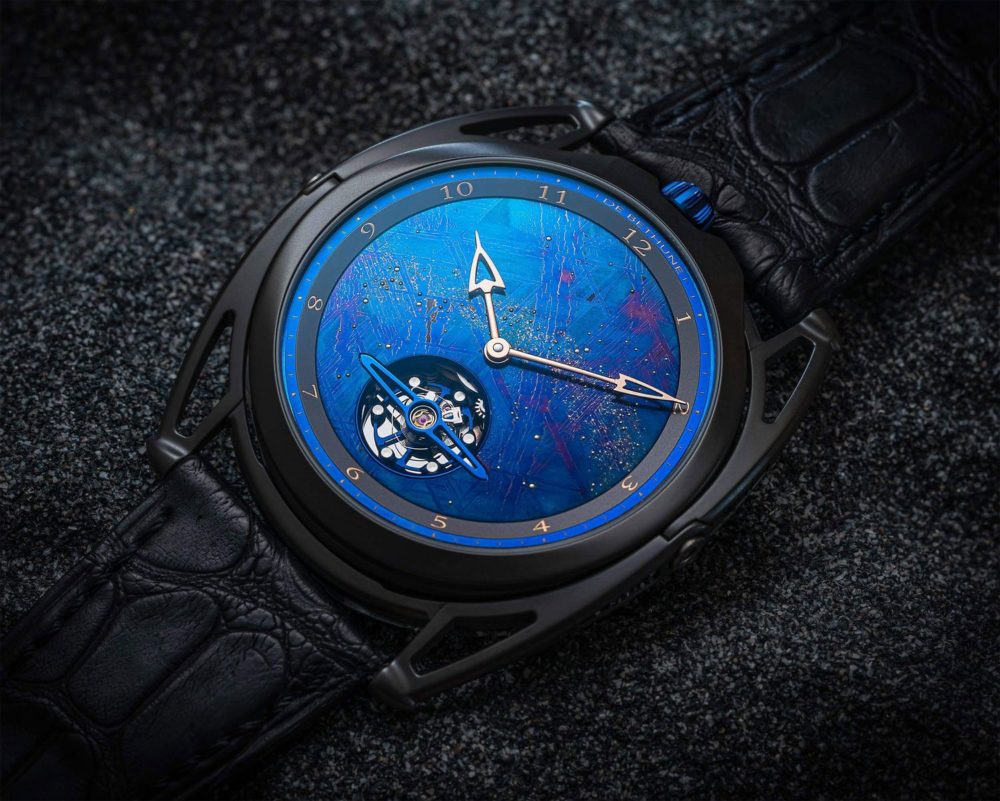 Denis Flageollet, founder and Master Watchmaker of De Bethune, is passionate about meteorites. A passion that he nurtures by regularly trialling iron ore reduction processes with a view to one day making his own metal. His deep-felt interest in the material and his numerous attempts with Russian and Egyptian meteorites have led the Maison to work with a new kind of meteorite: Muonionalusta Meteorite.

Believed to have struck planet Earth more than one million years BCE, somewhere between Finland and Sweden on the banks of the Muniono river, this is probably the world’s oldest known meteorite to date. The first fragment was discovered in Sweden, in 1906. 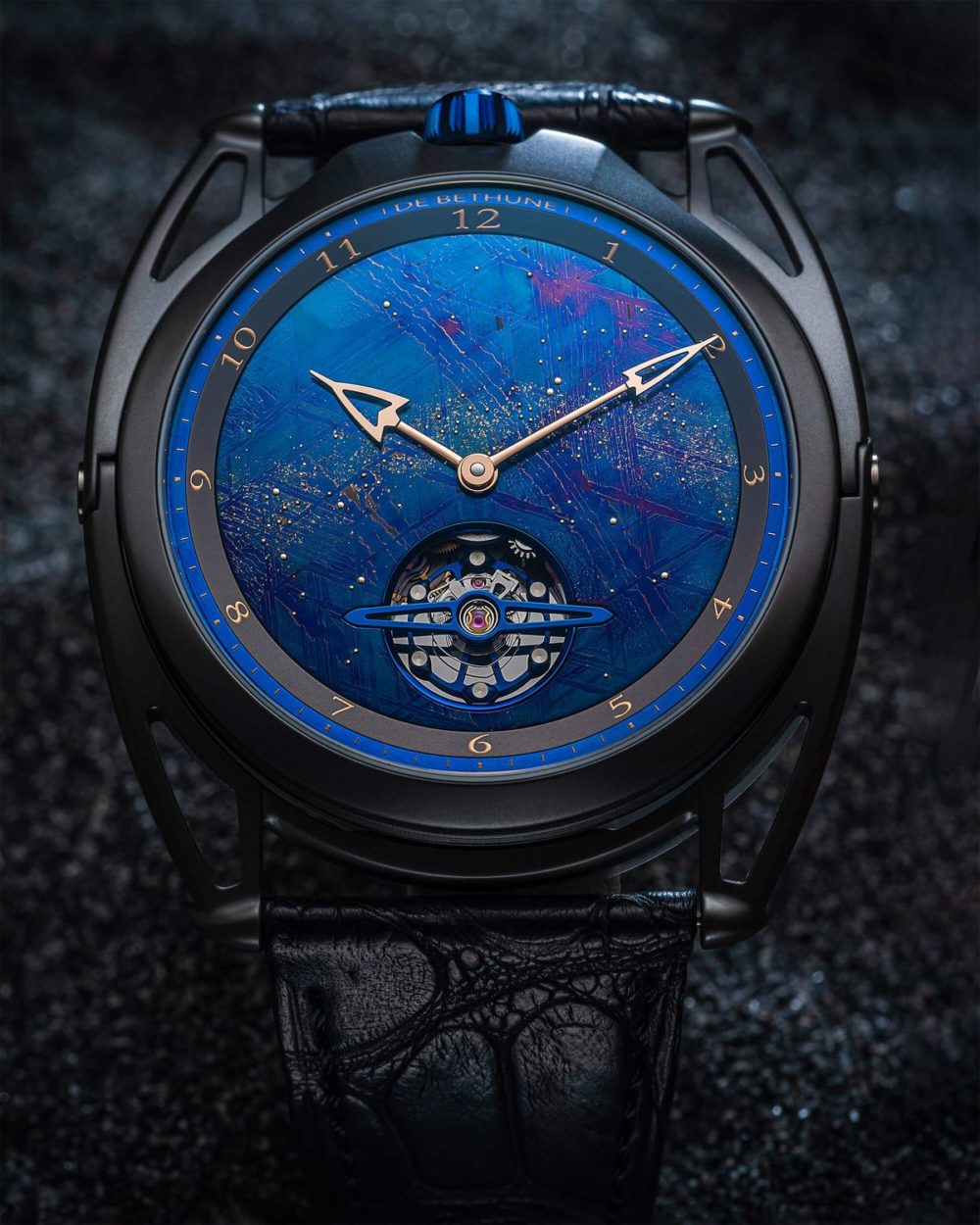 Composed mainly of iron and nickel, it is distinguished by the perfectly geometrical lines of its 60° angle cross-hatched “Widmanstätten” pattern. The dial of the DB28XP Meteorite is adorned with an ancestral stone forged in space. A metal alloy that endows the dial with a distinctive texture, along with geometrical patterns aligned in a precise way that makes each timepiece special and unique.

De Bethune’s mastery of the thermal oxidation of metals has once again enabled it to raise the level of complexity by creating a starry sky accompanied by its Milky Way on a previously blued meteorite dial. This azure shade results from the heat released by the chemical reactions of the heated meteorite. 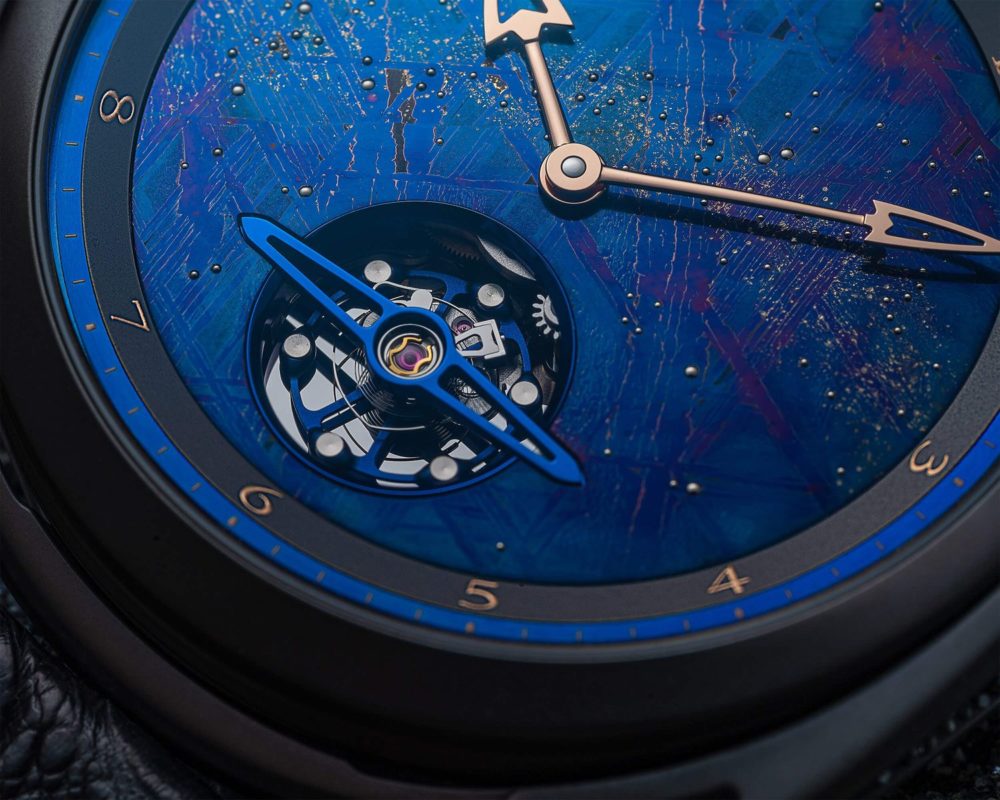 Dotted across this blue dial surface is a multitude of small white gold pins, delicately driven in between the different shapes and thicknesses of the octahedral geometrical structures. Like tiny suspended marbles, these glittering flashes of light endow the celestial vault with its aura of timeless depth.

In addition to bringing a unique fragment of space to the wrist, each sky is different: the customer can choose a given constellation, according to a precise sky map, at a specific date, time and place. 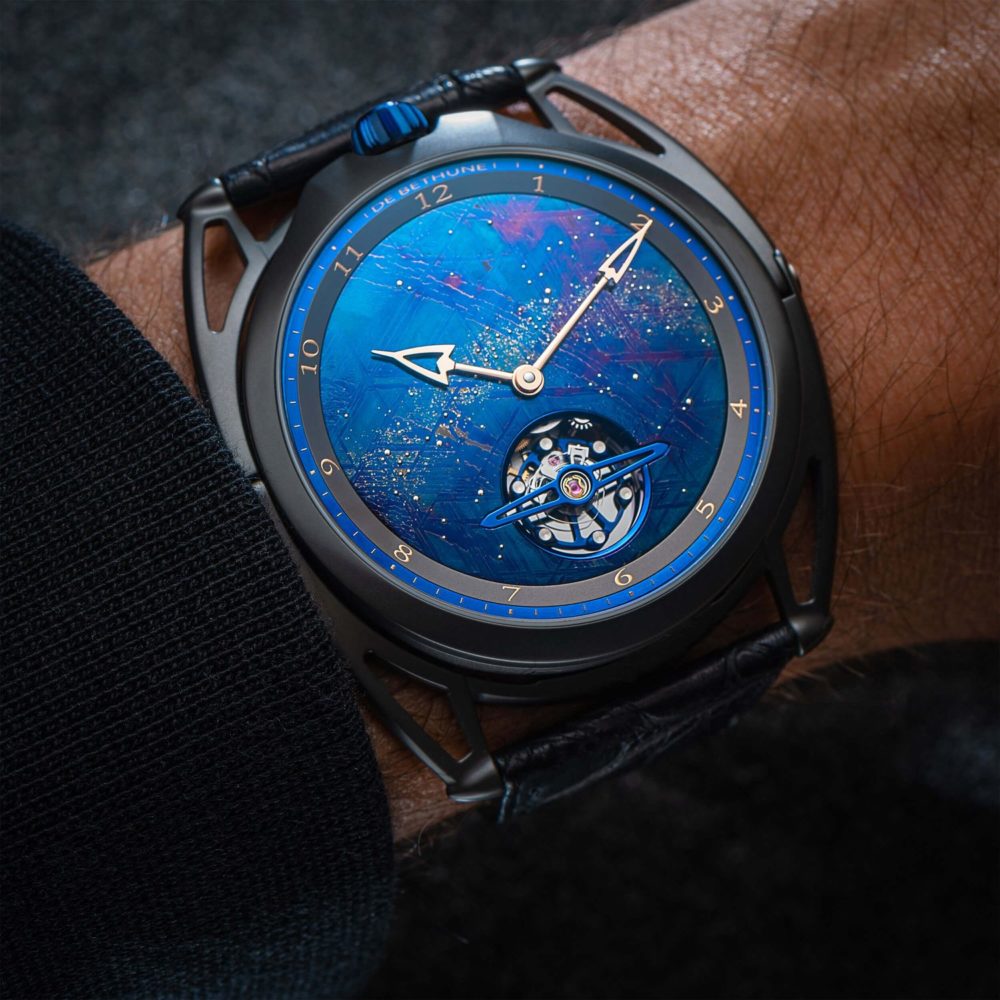 Alongside its classically inspired round, ultra-thin crown at 12 o’clock and its hunter-type back typical of pocket watches, the DB28XP Meteorite’s ultra-light, polished black zirconium case with patented floating lugs nevertheless asserts the watch’s modern and futuristic character.

The DB28XP Meteorite features the distinctive graphic codes of the Manufacture, with a zirconium hour circle, minutes ring bearing Arabic numerals and the discreet De Bethune signature at 12 o’clock, complemented by pink gold hands identical to those on the DB28XP Starry Sky dial. The design of the Microlight engraving and the slenderness of the case reflect De Bethune’s contemporary expression of watchmaking art. 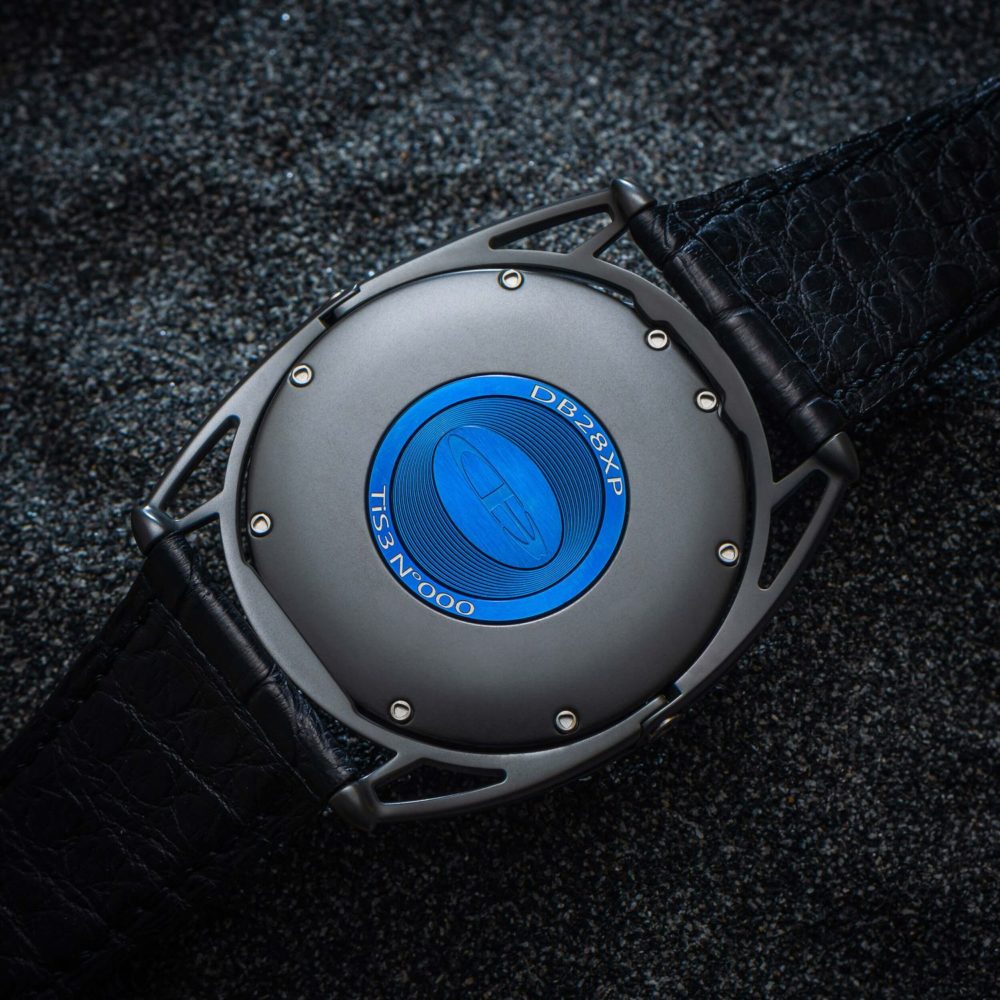 Stemming from De Bethune’s research into materials and new processes, the use of zirconium for the case represents a natural and sustainable alternative for achieving a black colour. The hardness of the metal and its stable oxidation, which does not deteriorate at room temperatures, are key assets in guaranteeing the resistance and durability of a watch exterior.