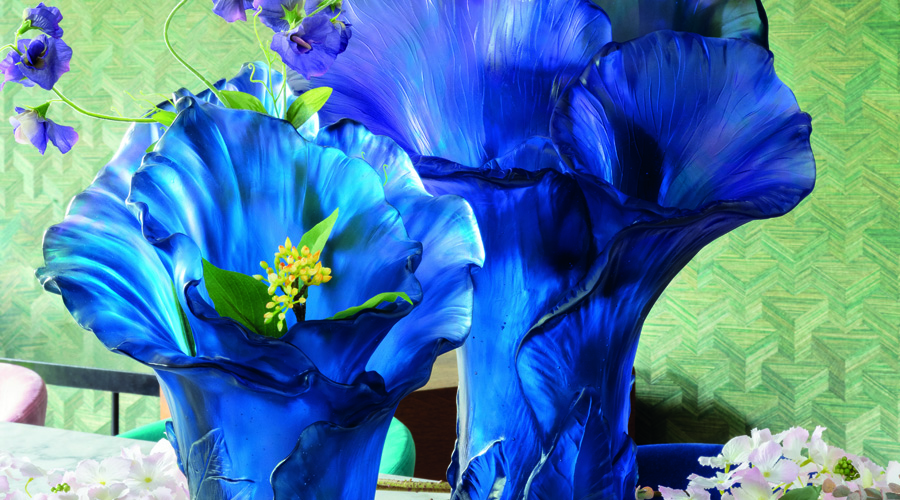 The Daum family worked at the beginning of Art Nouveau and creators of one of France’s greatest glassworks. Established at the end of the 19th century, Daum’s renown was originally linked to the Ecole de Nancy and the art of pâte-de-cristal, a major contributing factor in terms of its worldwide reputation.

During the Universal Exhibition of 1900 Daum was awarded a ‘Grand Prix’ medal. Daum glass became more elaborate, acid etching (by Jacques Gruber) was often combined with carving, enamelling and engraving on a single piece of glass to produce creative glass master-pieces.

The most complicated creations also feature applied glass elements, such as handles and ornamental motifs in naturalistic forms. The Daum brothers quickly moved on to become one of the major forces in the Art Nouveau movement, seriously rivalling Gallé, so much so that when Émile Gallé died in 1904 they became the leaders in the field of decorative glass. 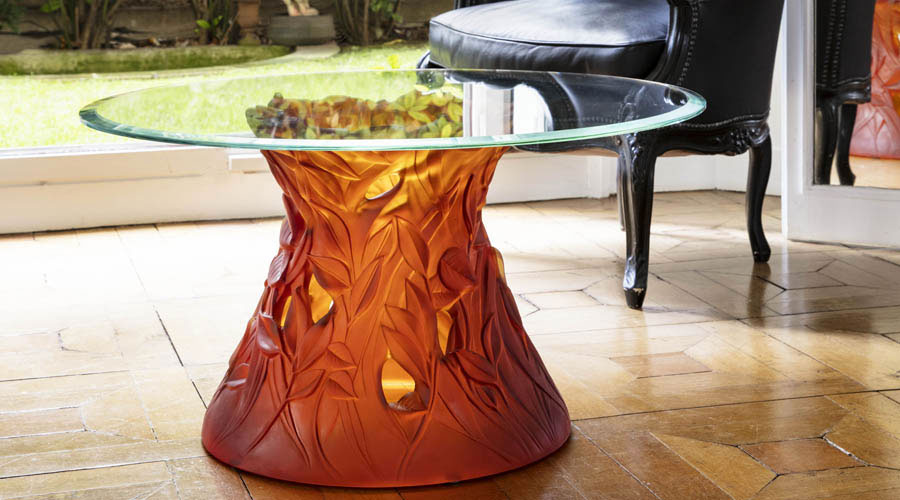 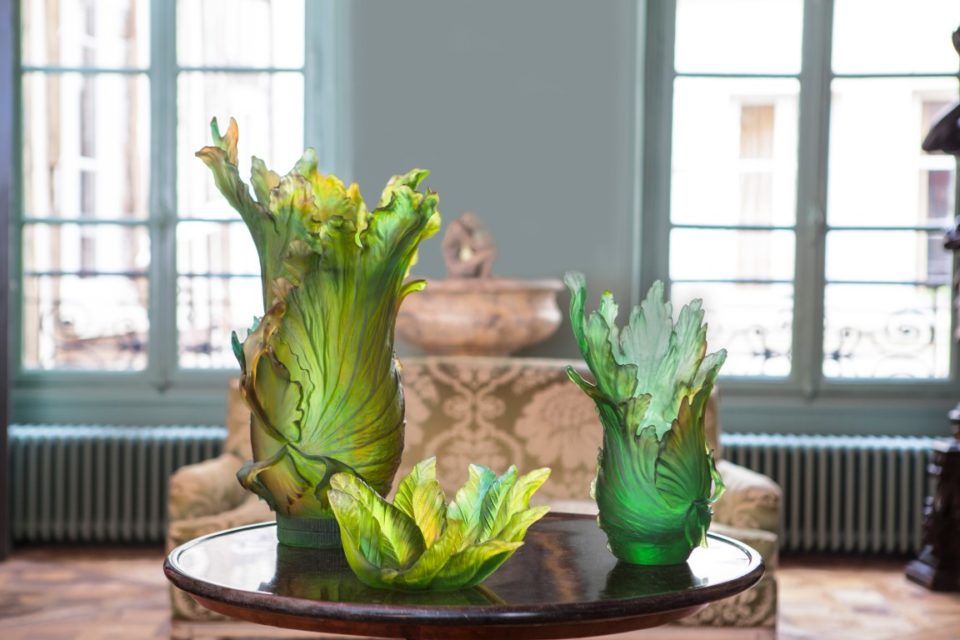 In 1906 Daum revived pâte de verre (glass paste), an ancient Egyptian method of glass casting, developing the method so that by the 1930s Daum’s window panels used pâte de verre for richness instead of leaded or painted glass. Today Daum still used this method to produce their pieces.

From the School of Nancy, Art Nouveau to Decorative Arts, Majorelle to Dali, Arman and Hilton McConnico, Daum has not missed any magic rendezvous of artistic creation and modern know-how, fusing together renewed art and craftsmanship. Few brands have worked with this plethora of artists where in almost 140 years, more than 350 exceptional artisans contributed to an incomparable heritage and a unique collection of its kind.

Asset Sourcing EnquiryThrough our exclusive preferred partner network, we connect you directly to the finest luxury goods and asset sourcing specialists
Make an enquiry
Share
CrystalDecoration
About me

Royist is a leading boutique concierge offering luxury lifestyle management services to select members worldwide. Enjoy an unrivalled global 365/24/7 service.
View Editorial's profile
Archived Stories
Home
Cervélo x Automobili Lamborghini ultra-limited edition R5 road bike
Dressed in an all-Italian suite of components, this R5 goes beyond the tricolore in showing its devotion to Italian luxury.
Home Z Featured
Discover Maison Goyard’s timeless Art of Living and Travelling
Bespoke luggage and trunk-maker, Maison Goyard offers products of the finest quality and craftsmanship, born from tradition, elegance and excellence.
by Georgie Campbell
Home
Giorgio Collection: the luxury experience of furnishings Made in Italy
The perfect match of finest materials, attention to details and Italian craftsmanship. Art Deco vibes mingle with cutting-edge shapes.
Home
Based Upon is a London studio whose commissioned works move into the realm of the priceless
Over 16 years’ since its inception in 2004 Based Upon has gained a reputation as a professional, highly-sought-after artist with an intuitive eye for depth, beauty and meaning.
Home
Colin Burn’s Limited Edition Pearl Royale Chess Set radiates pure opulence
Crafted in solid 18k white gold and pave’ set with over 510 carats of fine diamonds, the Pearl Royale stands as the world’s most luxurious chess set ever created.
Home
Minotti 2020 Collection, a new ideal of contemporary living by Rodolfo Dordoni
The new 2020 Collection – coordinated by Rodolfo Dordoni with Minotti Studio – outlines a new ideal of contemporary living: a project with a strong international vocation, though entirely Italian in its imprint.
Home
The Roche Bobois BOMBOM Collection by Joana Vasconcelos
A series of multifunctional pieces that are playful, alluring and optimistic designed exclusively by Joana Vasconcelos.
Home
A unique gift proposition, Dolce&Gabbana x Fiasconaro limited edition sweet treats
The collaboration between the creativity of Dolce&Gabbana and the confectionery artistry of Fiasconaro results in a unique recipe: the typical Milanese panettone, revisited with the flavours of Sicily.
Home
Between tradition and modernity: the Rosenthal Heritage Collection
Past and present linked in style: With the "Midas" décor designer Gianni Cinti reinterprets the classic Rosenthal shape Sanssouci.
Home
Lalique’s Hirondelles Perfume Bottle Is Re-issued For a Collector’s Edition
2020 marks the 100th anniversary of René Lalique’s Villa, in Wingen-sur-Moder, France.
Home
The champagne chest by Rolls-royce Motor Cars is an epicurean delight
Discover the meticulously crafted House of Rolls-Royce Champagne Chest, part of the Rolls-Royce accessory portfolio.
Home
Travel-inspired furniture with the Louis Vuitton’s Objets Nomades collection
Louis Vuitton’s Objets Nomades is a collection of travel-inspired furniture and objects made in collaboration with internationally renowned designers.
Discover our membership —  ™Request Invitation
We use cookies and similar technologies to give you the most relevant experience by remembering your preferences and repeat visits. By clicking “Accept”, you consent to the use of all cookies.
Cookie settingsACCEPT
Manage consent