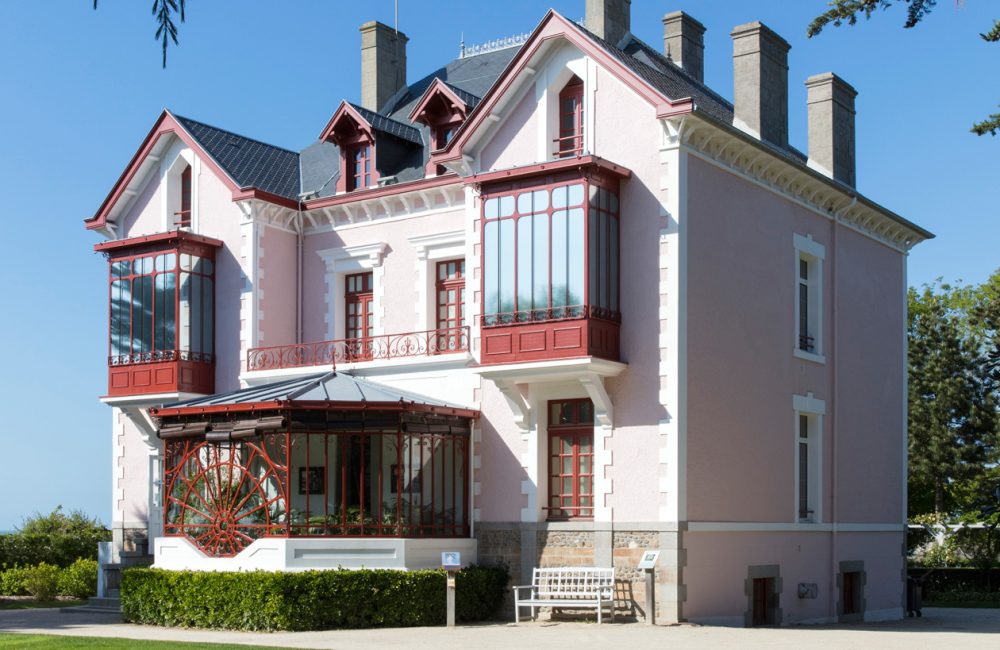 A wonderful opportunity to (re)discover the style and personality of one of the greatest fashion icons of the 20th century, and to go back to the close — even friendly — links with the celebrated couture brand. Numerous public figures have entered into relationships with the great fashion houses, but few have cultivated real relationships — both artistic and friendly — that last decades. This was the case of Grace Kelly, who became princess of Monaco in 1956 following her marriage to Prince Rainier III, and the house of Dior.

Loyal to the brand from the start, Grace Kelly never failed to show her affection for Dior, beginning with the ball thrown to celebrate her nuptials with Prince Rainier III. The heroine of “Rear Window” appeared at the Waldorf-Astoria hotel in New York in a dress specially designed in the workshops of the French brand. This outfit was followed by a multitude of exceptional pieces worn by the Hollywood actress. 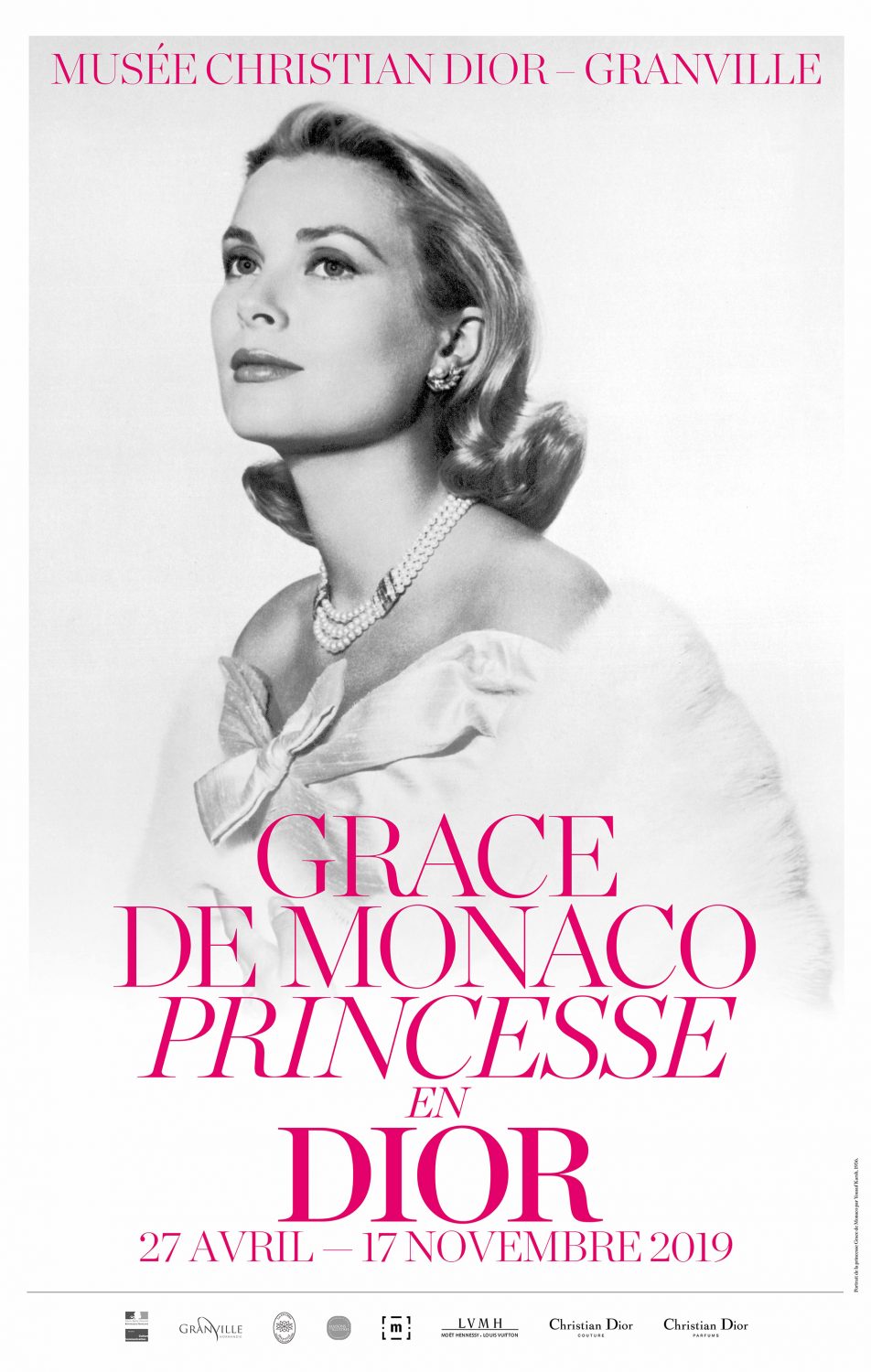 It is these creations, on loan from the palace of Monaco, which lie at the center of the “Grace of Monaco: Princess in Dior” exhibition that will open in Granville, France, at the end of April. This exhibition will present the two sides of Grace Kelly: her public persona and a second in her role as wife, mother, and modern woman.

The exhibition will focus on the 85 dresses from Grace of Monaco’s private wardrobe, including several designed by Marc Bohan for Dior. The flagship pieces to be enjoyed by visitors include an evening dress in white silk jersey, decorated with white ostrich feather, from the fashion house’s haute couture fall-winter 1968 collection.

Photographs, portraits, reports, perfume bottles and letters from her correspondence with the French fashion house will also be on display.

“Grace of Monaco: Princess in Dior” – From April 27 to November 17 2019 at the Christian Dior museum in Granville, Normandy, France.

Royist is a leading boutique concierge offering luxury lifestyle management services to select members worldwide. Enjoy an unrivalled global 365/24/7 service.
View Editorial's profile
We offer an international fashion concierge service, including bespoke shopping experiences, luxury gift sourcing, fashion show access and personal styling services. For more information, please request an invitation.
Featured Stories
Style Z Featured
Chanel packs its bags for summer in Saint-Tropez
The famous luxury house of Rue Cambon, Paris has opened the doors to its traditional seasonal boutique in the heart of Saint-Tropez, in the south of France, showcasing a range of its collections.
Style
Saint Laurent to hold men’s fashion show in LA
Saint Laurent is heading to Los Angeles for its next menswear show.
Style
Pharrell Williams dreams up capsule collection with Chanel
Having built up a close relationship with the French fashion giant over a period of years, American musician and producer Pharrell Williams has now co-designed a capsule collection with the brand.
Style
Pitti Uomo looks back on 30 years of men’s fashion with new exhibition
The upcoming edition of the Italian trade show will feature the headline show ‘Romanzo Breve di Moda Maschile -- A Short Novel on Men's Fashion.'
Style Z Featured
Stars turn out for Stella McCartney’s bid to save rainforest
Stella McCartney showed what can be done with upcycled clothes and fabrics in a classy Paris show whose front row was filled with celebrity fans led by Oprah Winfrey.
Style Z Featured
Sialelli puts new life into Lanvin on Paris catwalk
Lanvin is back. After going through four designers in four years, the oldest Paris couture house stormed back in style Wednesday with the debut show from new young French creator Bruno Sialelli.
Style
Montblanc & BMW Unveil Luggage Set for BMW 8 Series Coupé
BMW is continuing its cooperation with the iconic brand Montblanc with a five-piece luggage set that’s perfectly tailored to the boot of the BMW 8 Series Coupé.
Style
In Milan, Daniel Lee unveils debut for Bottega Veneta
British designer Daniel Lee unveiled his highly-anticipated debut collection for Bottega Veneta on Friday on the third day of Milan fashion week in his first outing as the Italian luxury label's creative director.
Style
Oscars Red Carpet: Old School Glamour, Loads Of Pink, Stylish Men
A roundup of the best looks and emerging styles from the 91st Academy Awards.
Style
Miu Miu: The New Fragrance Miu Miu Twist
The power of women as a collective, as a group - camaraderie, solidarity, sisterhood inspires the Miu Miu Twist campaign.
Style
Karl Lagerfeld, Luxury Fashion Icon, passed away in Paris on Tuesday
We honor the soul of fashion and creative mind behind Chanel, who transformed the label, creating it to be the brand it is today.
by Seraiah Wells
Style
Eye/LOEWE/Nature: Loewe takes menswear into the great outdoors
The new Eye/LOEWE/Nature ready-to-wear collection for men is designed for nature. The technical and utilitarian clothes and accessories in this innovative line are an invitation to get out of the city and rediscover the freedom of wide open spaces.
Discover our membership —  ™Request Invitation
We use cookies and similar technologies to give you the most relevant experience by remembering your preferences and repeat visits. By clicking “Accept”, you consent to the use of all cookies.
Cookie settingsACCEPT
Manage consent